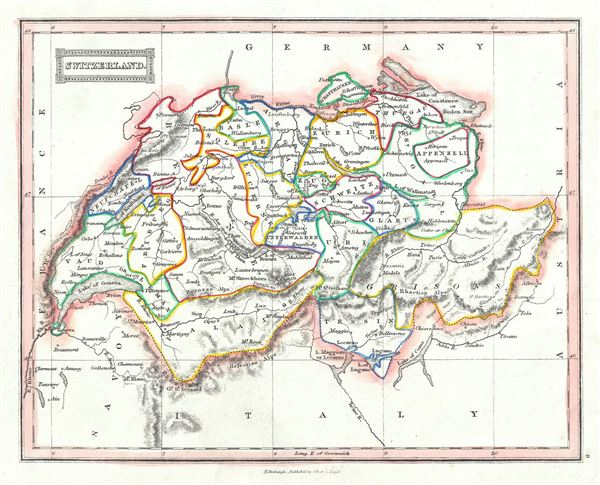 A lovely example of Thomas Ewing's 1845 map of Switzerland. It covers the entire country and shows the division by Cantons from Vaud to Grisons. Throughout, the map identifies various cities, towns, rivers, roadways, mountains and an assortment of additional topographical details with relief rendered by hachure.

As this map was issued, Switzerland was undergoing a rapid social and economic change known as the Regeneration Movement. Following the French July Revolution in 1830, the Swiss began to assemble and call for fair representation and new Cantonal constitutions. After the ratification of a federal constitution in 1848, Switzerland underwent a rapid social and economic development. The cantonal currencies were replaced by a single currency (the Swiss Franc) and many of the cantons subsequently established representative governments and instituted freedom of the press and trade.