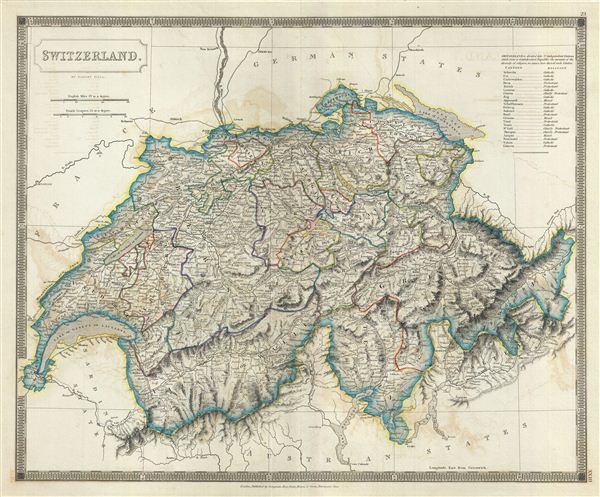 This is a beautiful map of Switzerland from Sidney Hall's extremely scarce 1835 New General Atlas. The map covers the entire country and shows the division by Cantons from Vaud to Grisons. Towns, rivers, mountains, railroads, canals, marshes, forests, and various other important topographical details are noted. Elevation throughout is rendered by hachure and political and territorial boundaries are outlined in color.