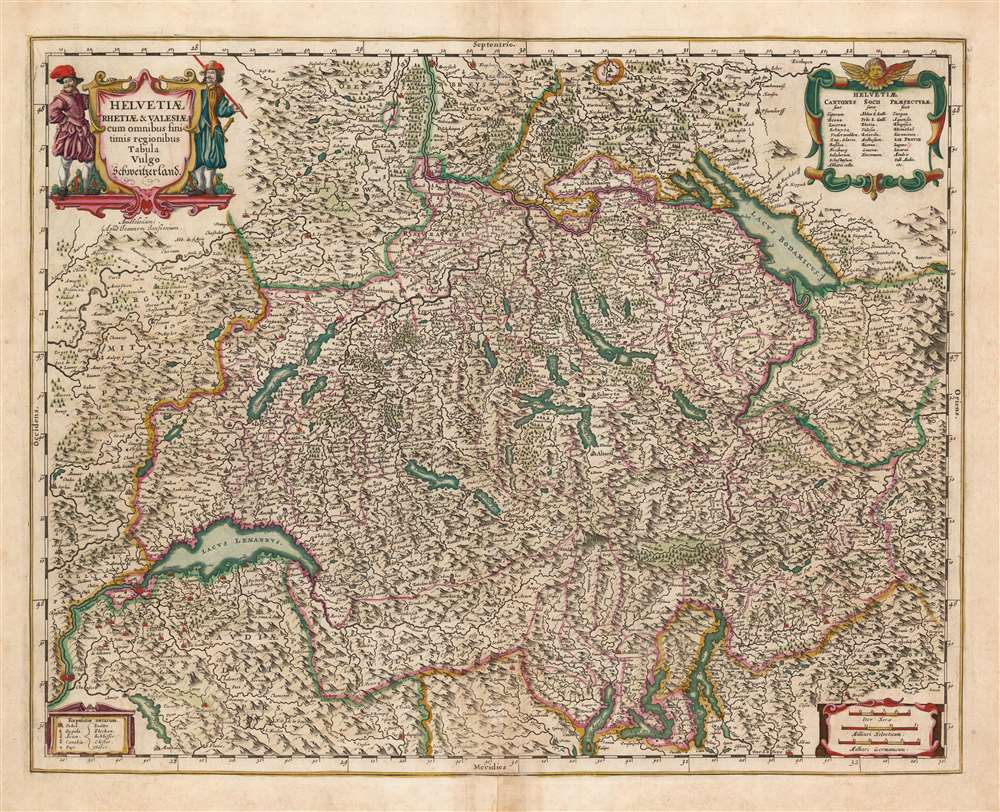 This is a beautiful, original-color 1680 example of Jan Jansson's updated map of Switzerland. Neighboring parts of Savoy, Italy, France, and Germany appear as well. The country's lakes and rivers are illustrated with mountainous terrain and forests indicated pictorially. Elegant cartouches provide a key for the symbols used to represent cities, towns, and villages. Distances are given in German and Swiss miles, as well as the distance of travel up to five hours. Cantons, Confederations, and Prefectures are named in the upper right. The title cartouche is flanked by two dashing footsoldiers.

This map was engraved for inclusion in Jansson's atlases, first appearing in the Latin edition of 1638. This example, without verso text, corresponds to the 1680, five-volume Jansson Atlas, which lacked text, containing only the maps. We do not see complete examples of this edition in institutional collections. We note ten OCLC listings or the separate map, representing various editions. The map comes to the market from time to time.