1794 Laurie and Whittle Map of Switzerland 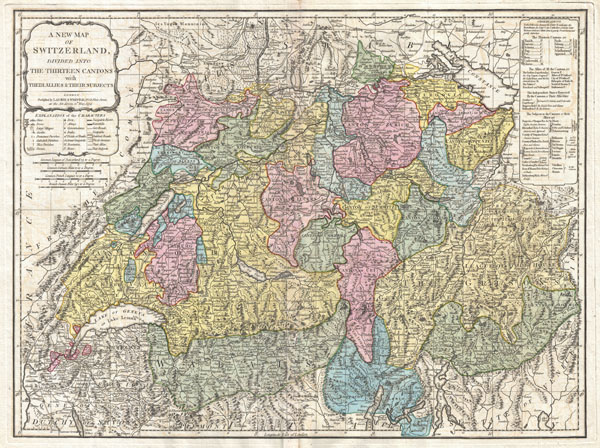 1794 Laurie and Whittle Map of Switzerland

An extraordinary 1794 map of the Switzerland. Covers the entire country in extraordinary detail offering both topographical and political information. Color coded according to canton. With its unique blend of dramatic mountains and stunning vistas, Switzerland is considered to be one of the world's most beautiful places. A key and title cartouche appear in the upper left quadrant . Published by Laurie & Whittle for Kitchin's 1794 General Atlas.