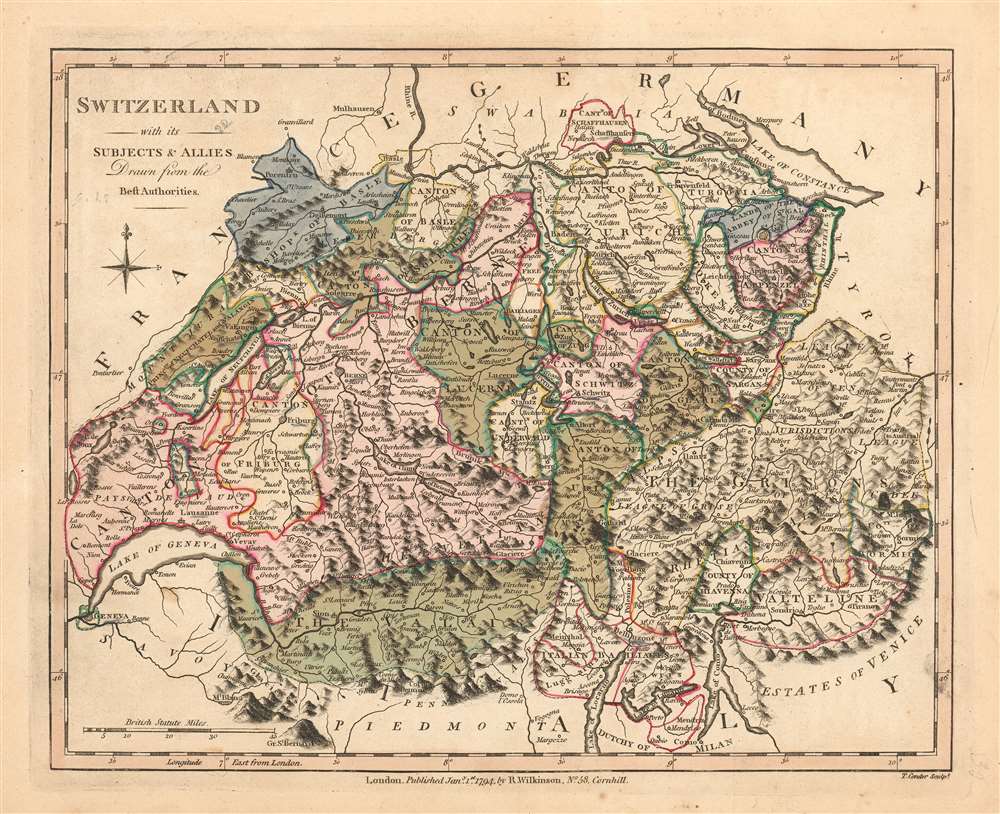 This is Robert Wilkinson's lovely, first edition 1794 map of Switzerland. The map shows the country and its neighbors on the eve of Napoleonic invasion of 1798. The French tried to centralize authority in Switzerland by forming the Helvetic Republic (1798 – 1803). Until then, the area consisted of independent cantons united by a loose military alliance. Facing widespread resistance, the Republic would last only five years. The exquisite, pictorially-rendered Alps and fine coloring make this the most attractive European maps in Wilkinson's atlas.

The map was engraved by Thomas Conder for the 1794 first edition of Robert Wilkinson's General Atlas. The map is not separately cataloged in OCLC, despite the full atlas being well represented.