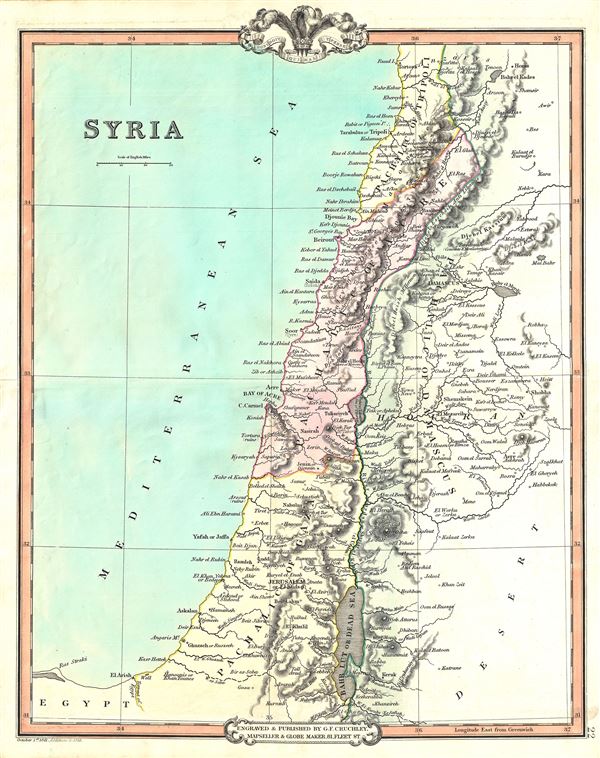 This is an appealing 1853 map of Syria issued by George Frederick Cruchley. It covers from Tripoli to the Dead Sea and includes the modern day countries of Lebanon, Israel, Jordan and Syria. The sites of numerous ancient ruins and monuments are identified as are cities with ancient and contemporary place names. The map is color coded according to regions and territories with relief shown by hachures. Major towns, rivers, mountains, and other topographical features are also noted.