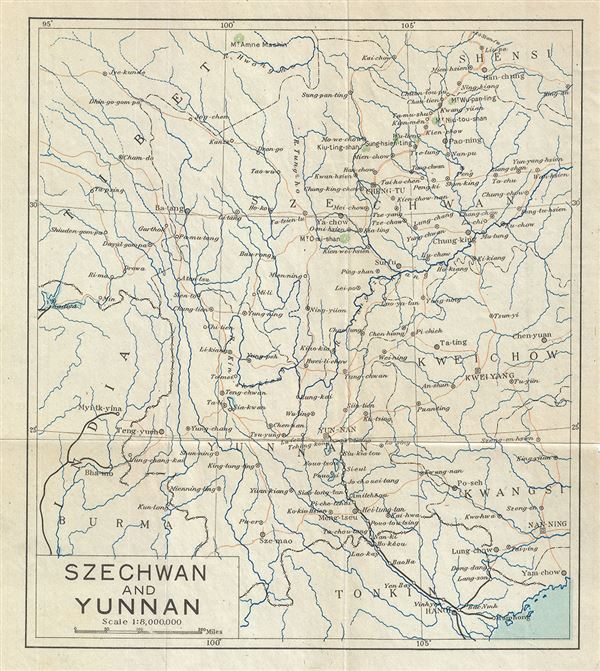 This is a scarce 1924 railway map of the Sichuan and Yunnan Provinces of China issued by the Imperial Japanese Government Railways. It covers from Hanoi north to Han-Chung and from Nanning east as far as India and Tibet. The map is highly detailed and notes various cities, rivers, boundaries, towns, mountains and other topography. Railway lines are also noted. This map was issued as part of the 1924 Official Series Vol. D of the Guide to China and printed at the Toppan Printing Company.