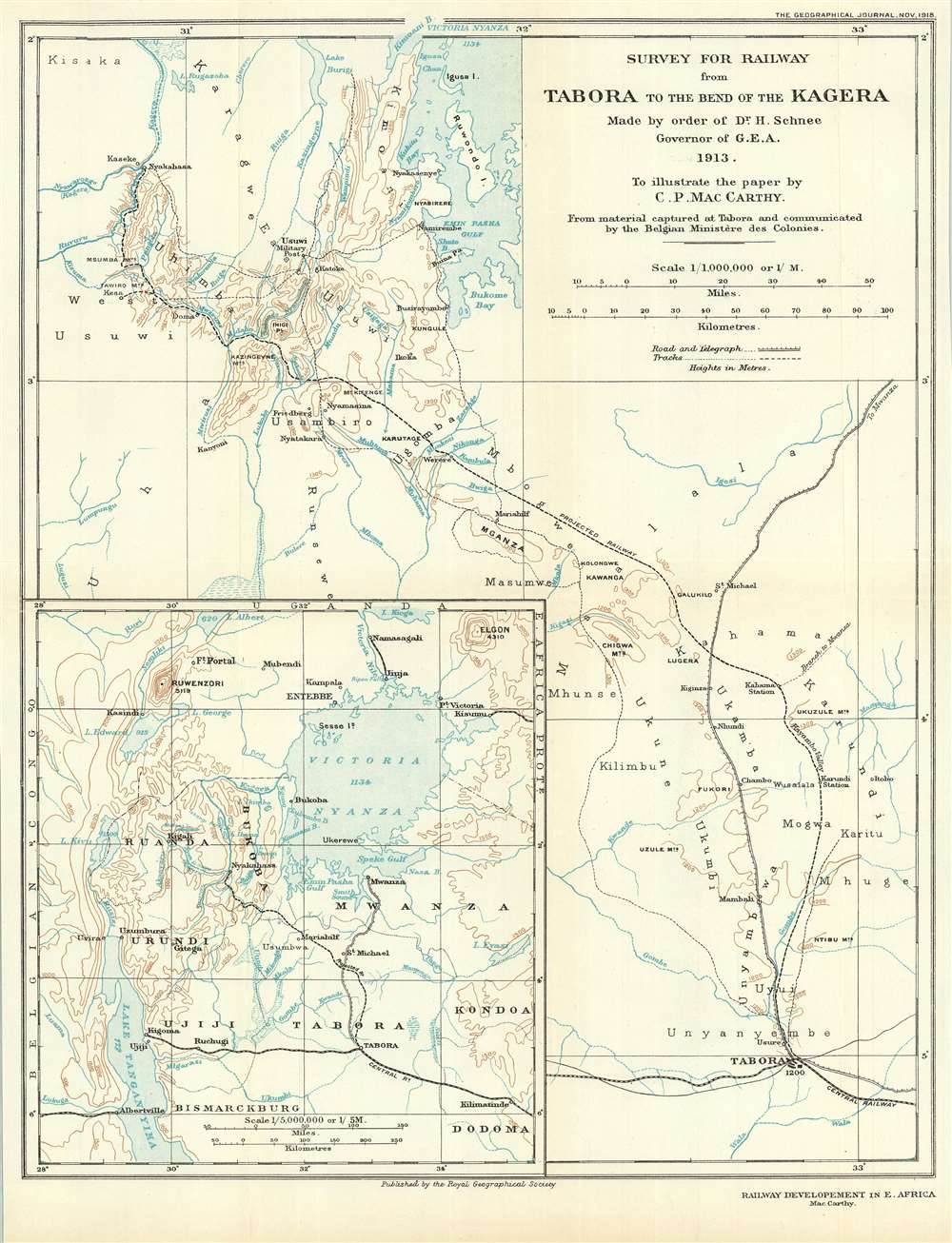 Highlights German plans to build railroads in East Africa during World War I.
$300.00

This is a 1918 Royal Geographical Society map of Rwanda and Burundi highlighting German plans for railroad construction in the region before World War I. Tabora, situated in the lower right corner, hosted a station of the Central Railroad of German East Africa. Here, dashed a dashed line marks the projected railway from Tabora through Rwanda and Burundi to the Kagera River. This new line would bring railroads to underserved populations and connect to Lake Victoria through the Kagera. Also, since the Kagera River was a likely invasion route - the Belgians had entered Rwanda via the river in 1916 already - a railway between Tabora and the River would be strategically important. Printed names identify regions and mountain peaks, along with villages, the Usuwi military post, rivers, and gulfs and bays in Lake Victoria. Brown lines present the region's topography and are marked with altitudes. An inset on the lower left details the region from north of Lake Victoria to Lake Tanganyika and includes its rivers, lakes, towns and villages.

This map was published by the Royal Geographical Society in the November 1918 edition of The Geographical Journal. One example is cataloged in OCLC and is part of the institutional collection at the University of Oxford.