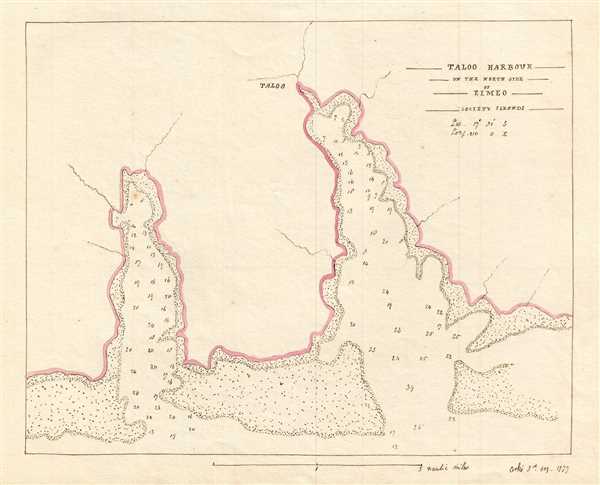 Beautiful nautical chart of the Eimeo Islands, part of the Society Islands of French Polynesia.
$250.00

This is a lovely c.1835 manuscript map depicting the Taloo Harbor on the north side of Mo’orea or Eimeo Island, part of the Society Islands of French Polynesia. The map identifies Taloo and beautifully notes coastal features and numerous depth soundings throughout. Latitude and longitude are also noted below the title. According to the text in the bottom right, this map is based on an earlier map from the publication of Cook’s Third Voyage.

Very good. Manuscript map. Minor spotting.
Looking for a high-resolution scan of this?