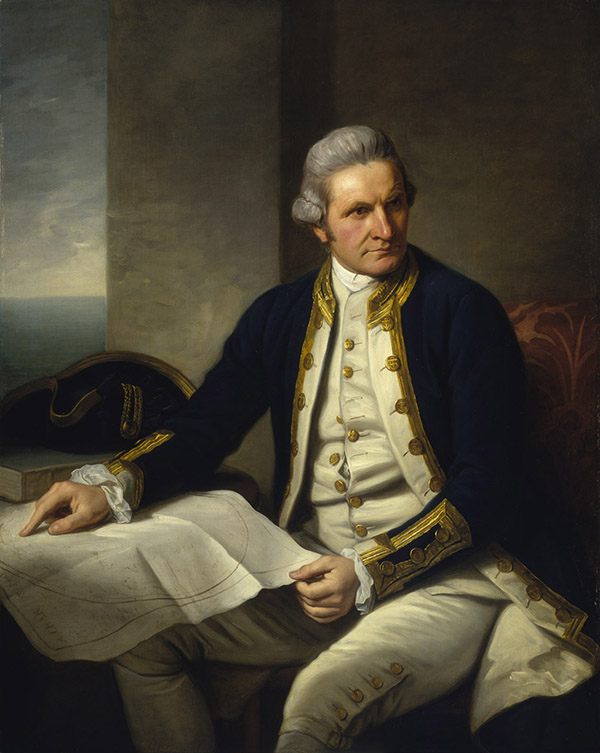 1769 Cook Map of Tahiti, the Society Islands, and the Vicinity