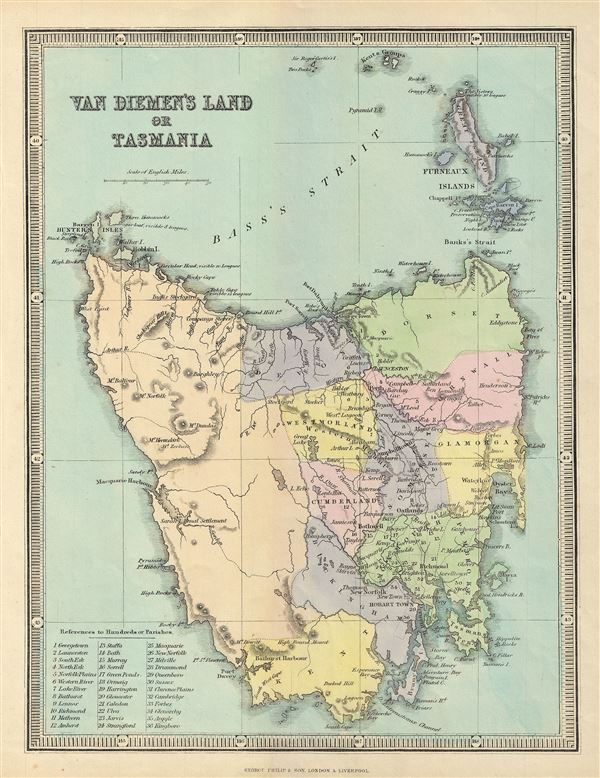 This is a beautiful 1857 map of Van Diemen's Land or Tasmania issued by George Philip and Sons. The map covers the entire island of Tasmania in considerable detail noting lakes, mountains, rivers, towns, parishes and other topographical features. Van Diemen's Land, was colonized by the British as a Penal Colony under the name 'Van Diemen's Land,' referring to the Dutch East India Company governor who sponsored Tasman's historic 1642 discovery of the island. In 1856, a year before this map was issued, Van Diemen's Land was granted responsible self-government and renamed 'Tasmania.' The map is color coded according to territories and regions. The lower left quadrant of the map features a list with references to Hundreds of Parishes. This map was issued by George Philip and Sons, London and Liverpool, in 1857.