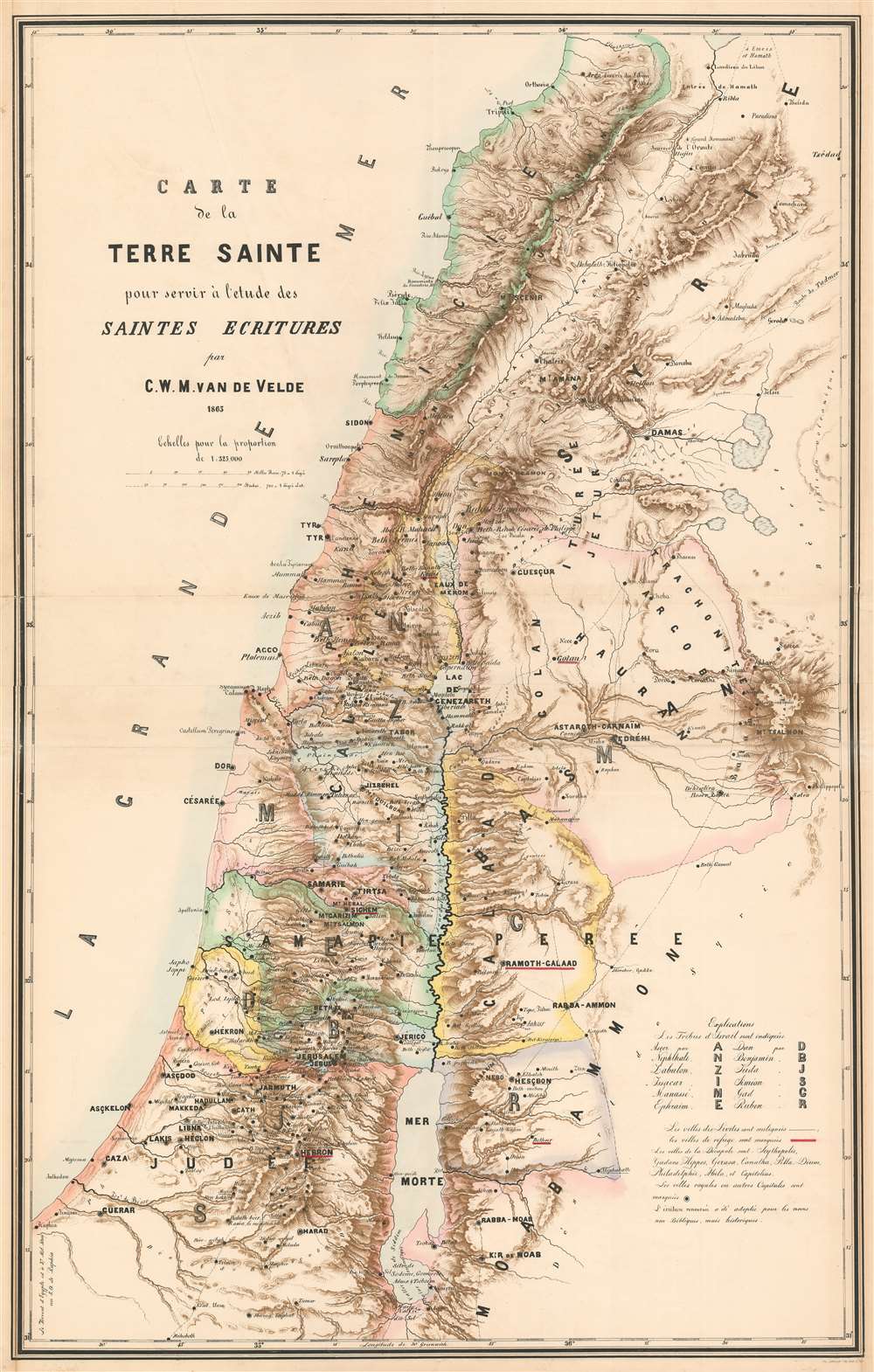 One of the most important 19th-century maps of the Holy Land.

One of the most important 19th-century maps of the region, this is the 1865 Charles William Meredith van de Velde map of the Holy Land. Created from Van de Velde's surveys, the map depicts from Syria to the Dead Sea and from the Mediterranean Sea to Mount Zalmon (Mt. Tsalmon). Per Mapping the Holy Land: The Foundation of a Scientific Cartography of Palestine, Van de Velde's map of Palestine

represented the complete body of Western geographical knowledge on Palestine, critically compiled, the verified on-site and completed by his own measurements and his own (physical) experience, including the hardships needed to make a scientific map.

Van de Velde effortlessly blends the modern and the ancient. Myriad cities and towns are labeled throughout, including Jerusalem, Hebron, Tyre, Sidon, and Damascus, while different colors shade the regions historically belonging to each of the Twelve Tribes.