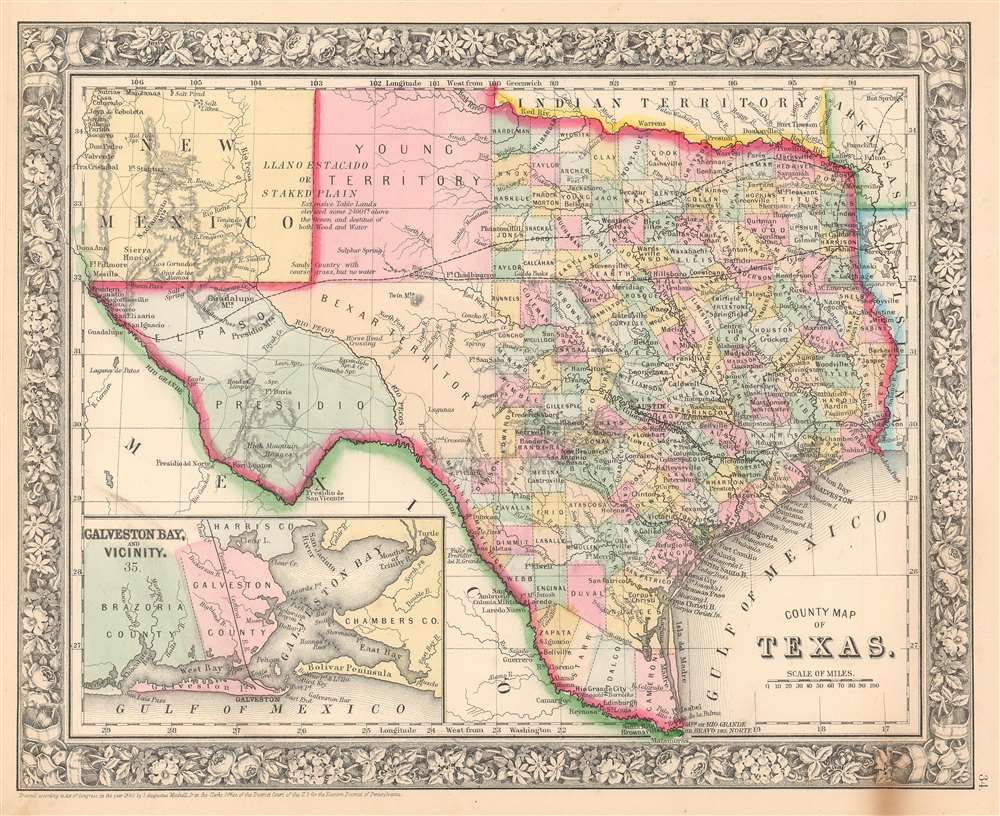 Counties and county seats are labeled.

This is S. A. Mitchell Junior's 1863 map of Texas and part of New Mexico. The map depicts the region from western New Mexico to Arkansas and Louisiana and from the Indian Territory and northern Texas to the Rio Grande River and Mexico. Highly detailed, notations concerning railroads, topographical features, and cities are included. Color coded at the county level, each county is labeled and includes the county seat. Bexar, Young, Presidio, and El Paso Counties exhibit primitive, but recognizable, configurations. An inset map of Galveston Bay and Vicinity is situated in the lower left corner. One of the most attractive atlas maps of Texas to appear in the mid 19th century, the whole is surrounded by the attractive floral border common to Mitchell atlases between 1860 and 1866.

This map was prepared by S. A. Mitchell Jr. for inclusion as plate 34 in the 1863 issue of Mitchell's New General Atlas. Like many American map publishers of this period, though he did update his maps, Mitchell did not update his copyrights, consequently this map is dated and copyrighted to 1860: 'Entered according to Act of Congress in the Year 1860 by S. Augustus Mitchell Jr. in the Clerk's Office of the District Court of the U.S. for the Eastern District of Pennsylvania.'