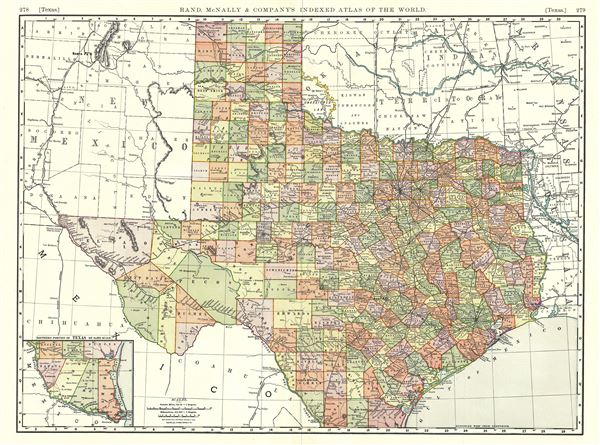 This is a lovely 1892 Rand McNally and Company map of Texas. It covers the entire state of Texas along with parts of neighboring states. The southern portion of Texas is featured in an inset in the lower left quadrant on the same scale. Throughout, the map notes important towns, rivers, railways, lakes, islands, and other topographical features. Color coded according to counties, elevation is rendered by hachures. This map was issued as plate nos. 278 and 279 in the 1893 edition of Rand McNally and Company's Indexed Atlas of the World- possibly the finest atlas Rand McNally ever issued.