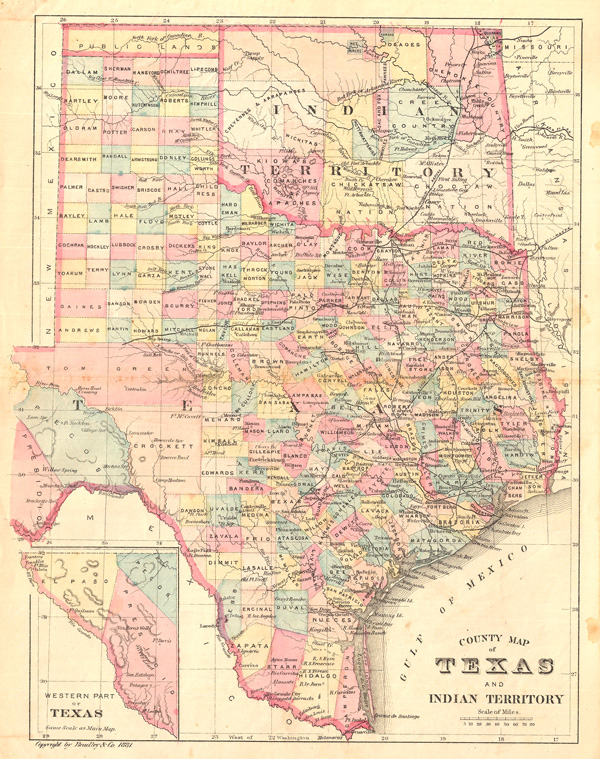 This is an attractive county map of Texas and the Indian Territory (Oklahoma), showing counties in light pastels, roads, rivers, and relief shown by fine hachures. An inset in the lower right focuses on the western part of Texas. By William M. Bradley, from his Bradley's Alas of the World for Commercial and Library Reference, 1881.