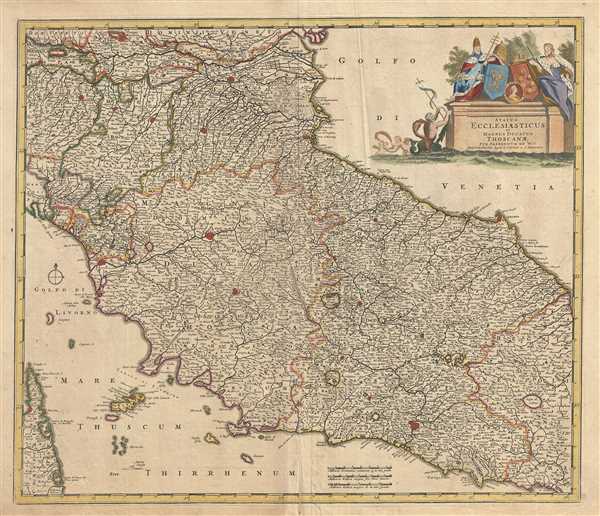 Scarce early map of Tuscany and the Papal States.

This is an attractive c.1721 map of depicting central Italy and the regions of Tuscany and the States of the Church or the Papal States by Frederik De Wit. It covers from the Isle of Ariano south as far as Gaeta. The Island of Elba and part of Corsica is also included. The map renders the entire region in extraordinary detail offering both topographical and political information. Identifies the important cities of Rome, Florence and Mantua are identified.

A decorative title cartouche adorns the top right quadrant of the map. It features a royal couple with two coats of arms, one representing the House of Medici, and the other representing the Papal States. A merman can also be seen in the water, holding a banner. The map was issued by Covens and Mortier and printed shortly following their 1721 acquisition of De Wit's plates from Maria De Wit.