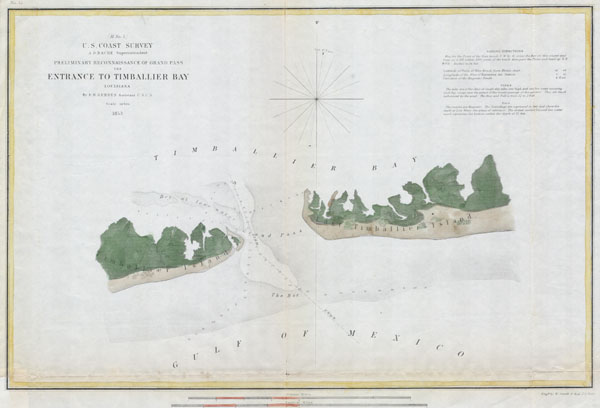 A rare hand colored 1853 costal chart of the Entrance to Timbalier Bay, Louisiana. Features East and West Timballier Island, depth soundings, and sailing notes. Published under the supervision of A. D. Bache for the 1853 Report of the Superintendant of the U.S. Coast Survey.