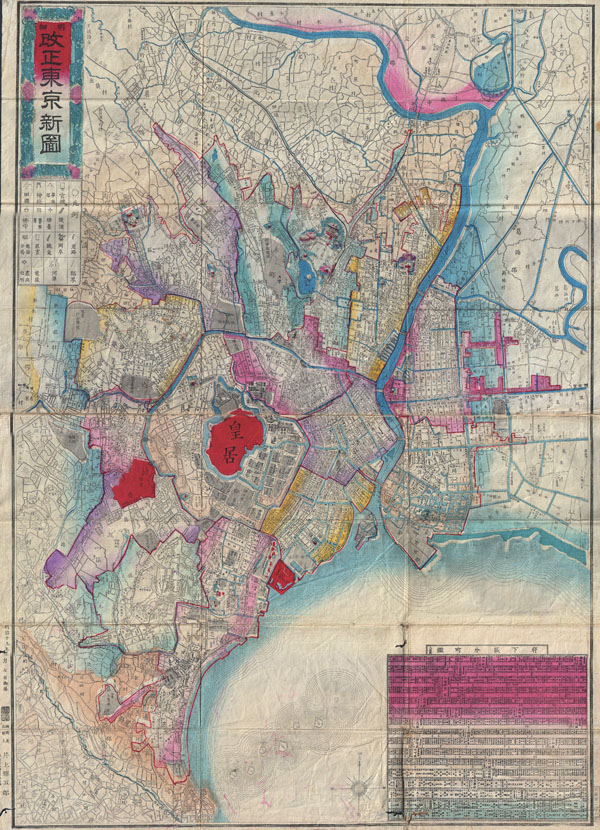 A rare and unusual Japanese map of Tokyo made in the 19th year of the Emperor Meiji's reign or 1886. Depicts the imperial city in considerable detail with streets, blocks, waterways, and important buildings noted. Color coded according to district. Statistical table in the lower right quadrant. This curious map is a stylistic departure from the traditional Japanese maps of Tokyo which tended toward a horizontal rather than vertical layout. All text in Japanese. Folds into its original boards.

Very good condition. Original folds exhibit some wear and intersection loss. Original boards. Else clean.
Looking for a high-resolution scan of this?