1854 Pharoah and Company Map of the Travancore and Cochin States, Kerala, India 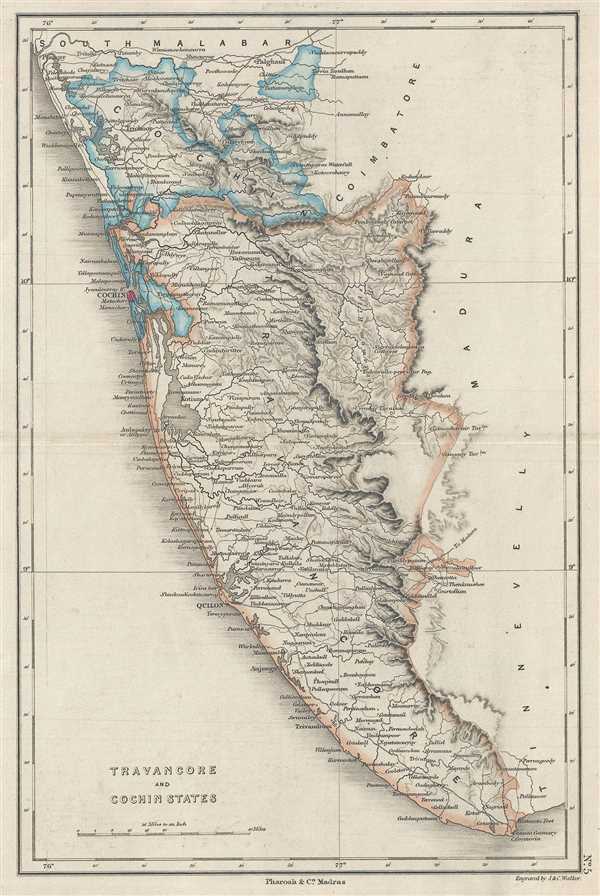 1854 Pharoah and Company Map of the Travancore and Cochin States, Kerala, India

Map of the states of Cochin and Travancore in British India.

This is an uncommon 1854 map of the Travancore and Cochin States in the modern day state of Kerala, India. Issued by Pharoah and Company, it covers from Cape Cormorin (Kanyakumari) north along the western coast to Ponany (Ponnani). Includes important towns, roads, lakes, rivers and topography. Cochin city (Kochi) is identified.

This map was engraved by J. and C. Walker and issued as plate no. 5 by Pharoah and Company in their 1854 Atlas of Southern India.