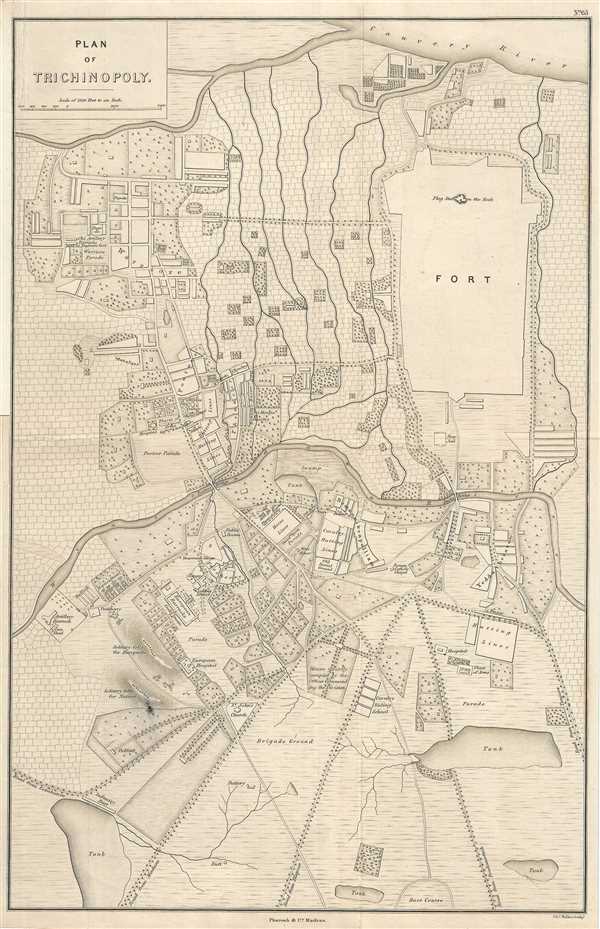 Plan of the city of Tiruchirapalli in Tamil Nadu, India during British rule.

This is an uncommon 1854 Pharoah and Company map of the city of Tiruchirapalli or Trichy in the Indian state of Tamil Nadu. Centered on the Uyyakondan Channel, it covers the capital city of the district of Trichinopoly, part of the Madras Presidency of the time, from Bharathi Nagar north to the Kaveri River. The map details the cantonment and notes the roads, official buildings, barracks, fields, swamps, tanks and other important landmarks of the time with elevations shown by hachure. Includes the Fort. Within the fort, the map notes the ancient rock.

The Tiruchirapalli Rockfort is a historic fortification built on an ancient rock and is the city’s most prominent landmark and tourist destination till date.

This map was engraved by J. and C. Walker and issued as plate no. 65 by Pharoah and Company in their 1854 Atlas of Southern India.