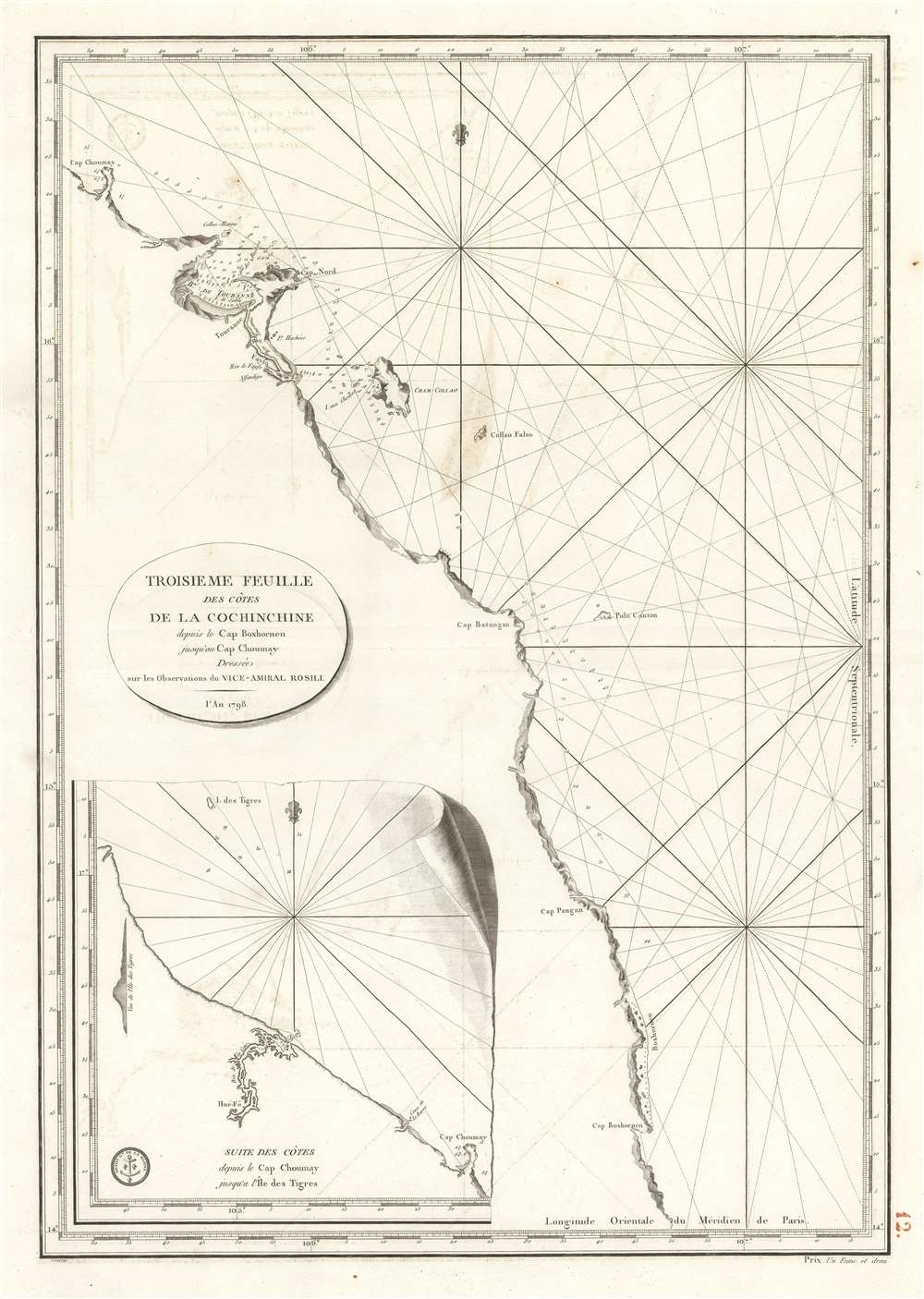 Beautiful nautical chart of the eastern coast of Vietnam.
$300.00

This is a large and beautiful 1798 French Depot-General de la Marine nautical chart or maritime map of the coast of Vietnam. The map covers the coast from modern day Qui Nhon north to Chan May near Da Nang. A large inset in the bottom left quadrant covers the coast north of Cape Choumay (Chan May) and includes an elevation profile view. Offers incredible detail both inland and at sea, noting rivers, cities and elevation along the coast. In the East Vietnam Sea there are several rhumb lines, depth soundings and coastal features noted. The chart was based on the observations of Vice Admiral François Etienne de Rosily Mesros and engraved by P. Croisey. Issued by the Depot de Marine in 1798.

Dépôt des Cartes et Plans de la Marine (fl. 1720 - present), often called the Depot de Marine, was a French hydrographic mapping organization founded in 1720 under Charles-Hercule of Albert de Luynes (674-1734). Much like the U.S. Coast Survey, the British Admiralty, and the Spanish Deposito Hydrografico, the Depot was initiated as a storehouse and distribution center of existing nautical and marine charts. Eventually the depot initiated its own mapping activities in an attempt to improve and expand upon existing material. Some of the more prominent cartographers and hydrographers associated with the of Dépôt des Cartes were, Philippe Buache, Jacques-Nicholas Bellin, Giovanni Rizzi-Zannoni, Rigobert Bonne, and Jean Nicolas Buache.