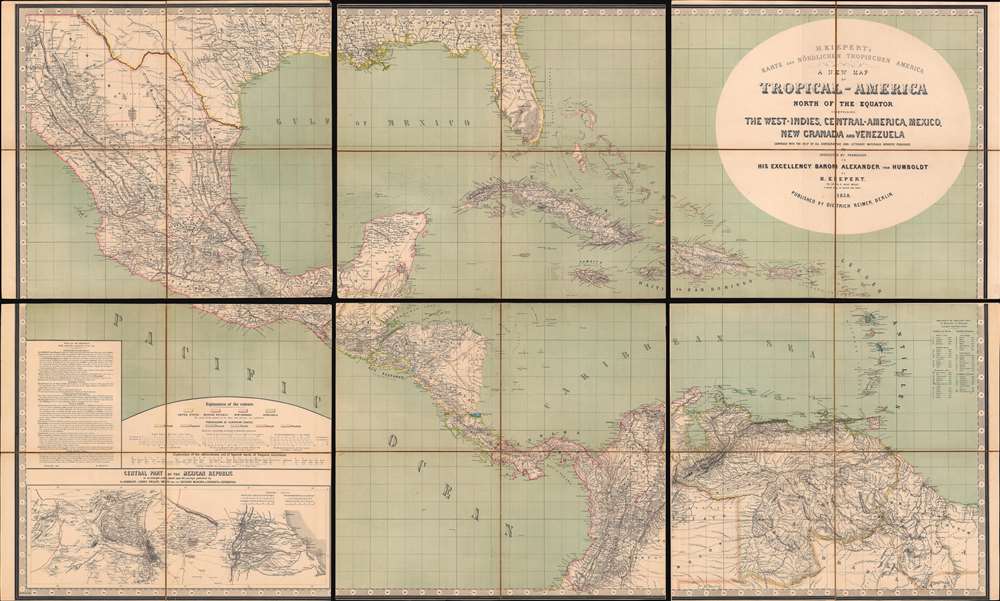 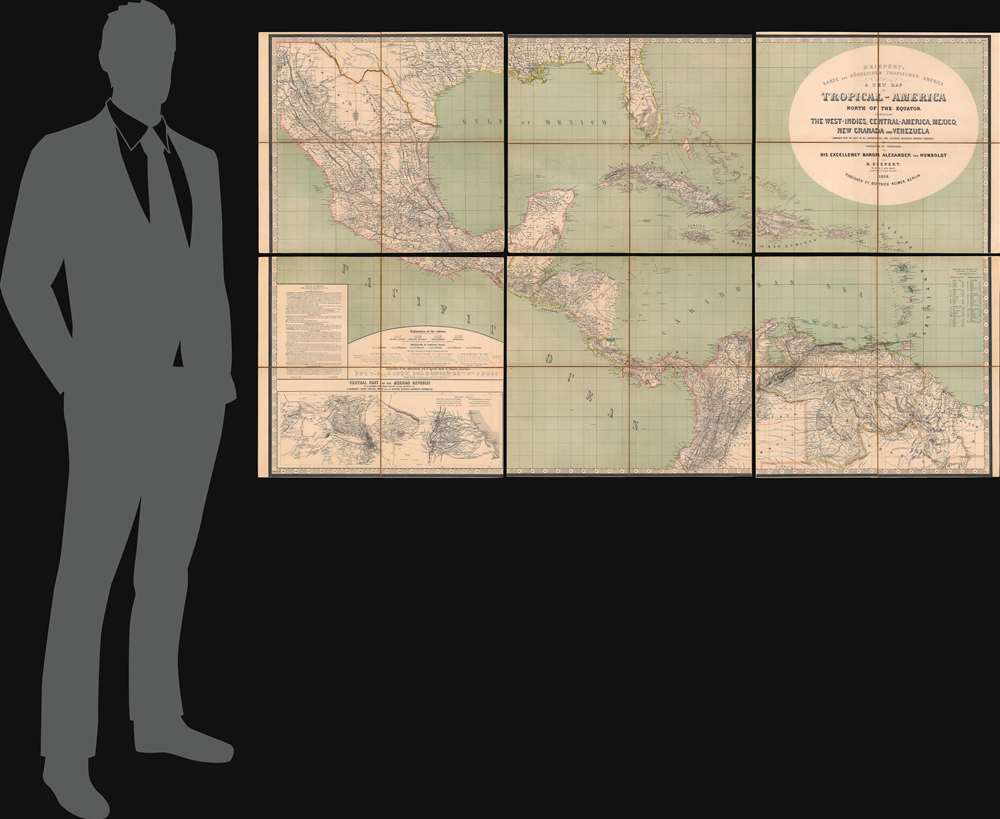 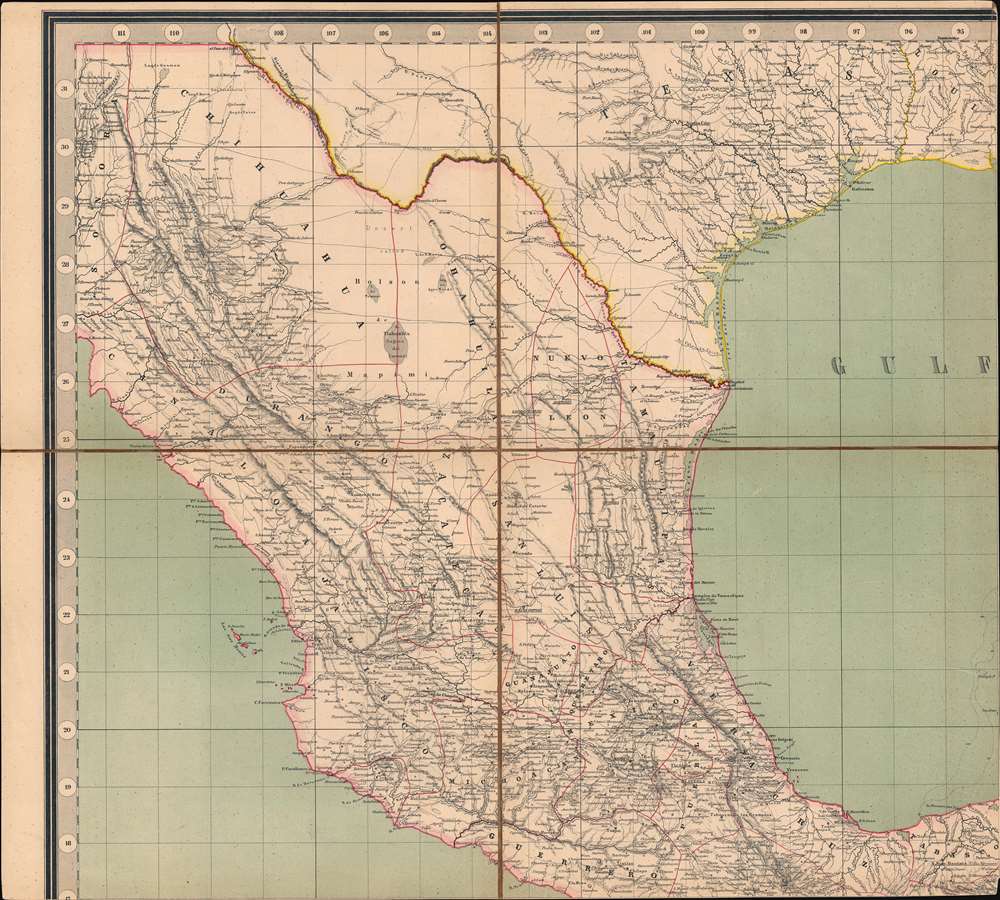 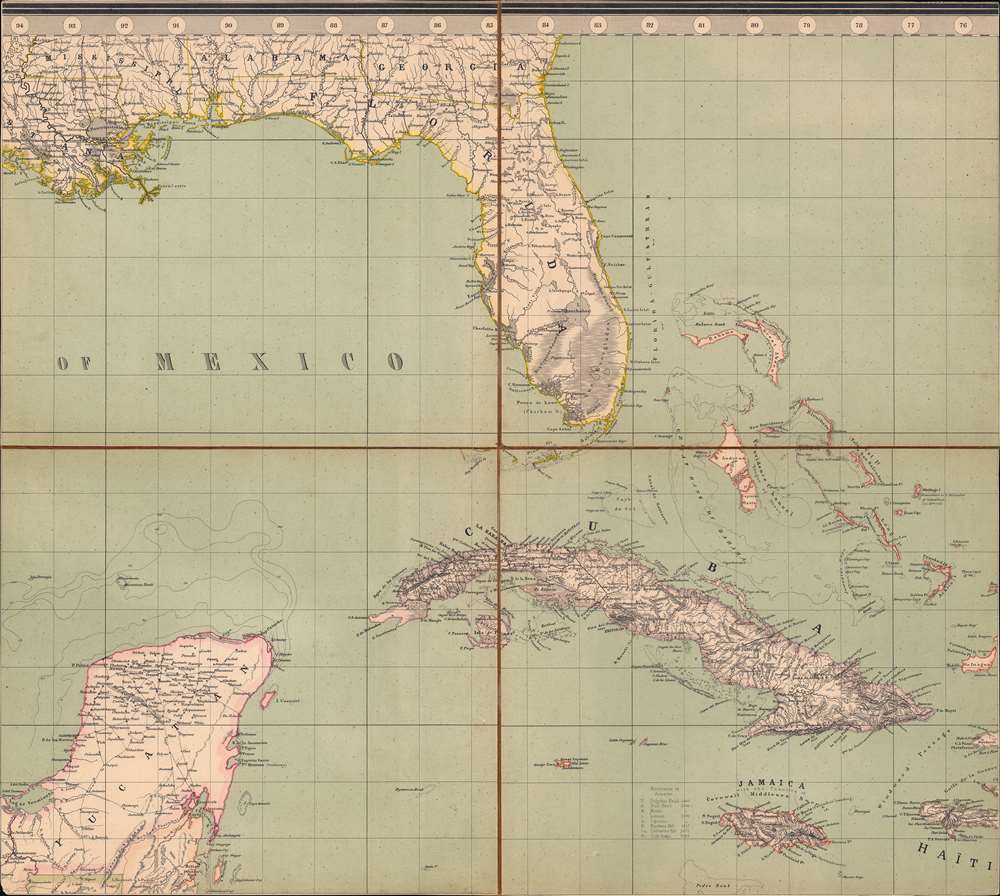 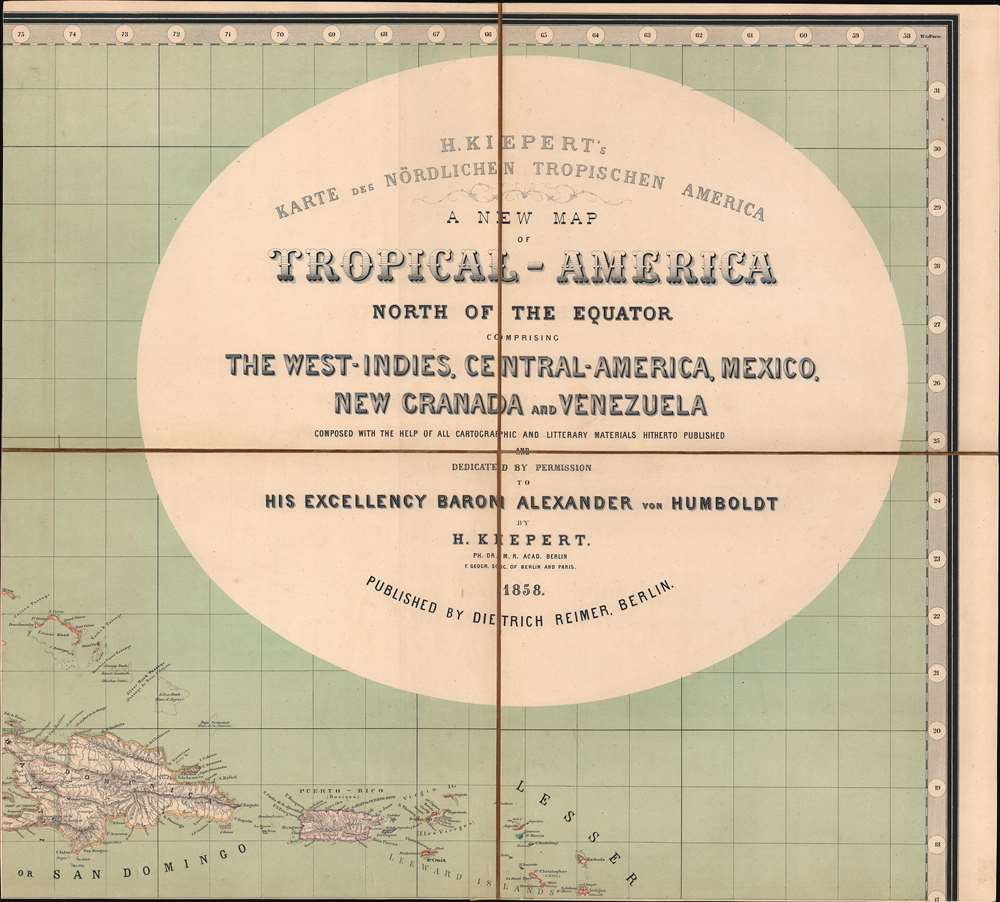 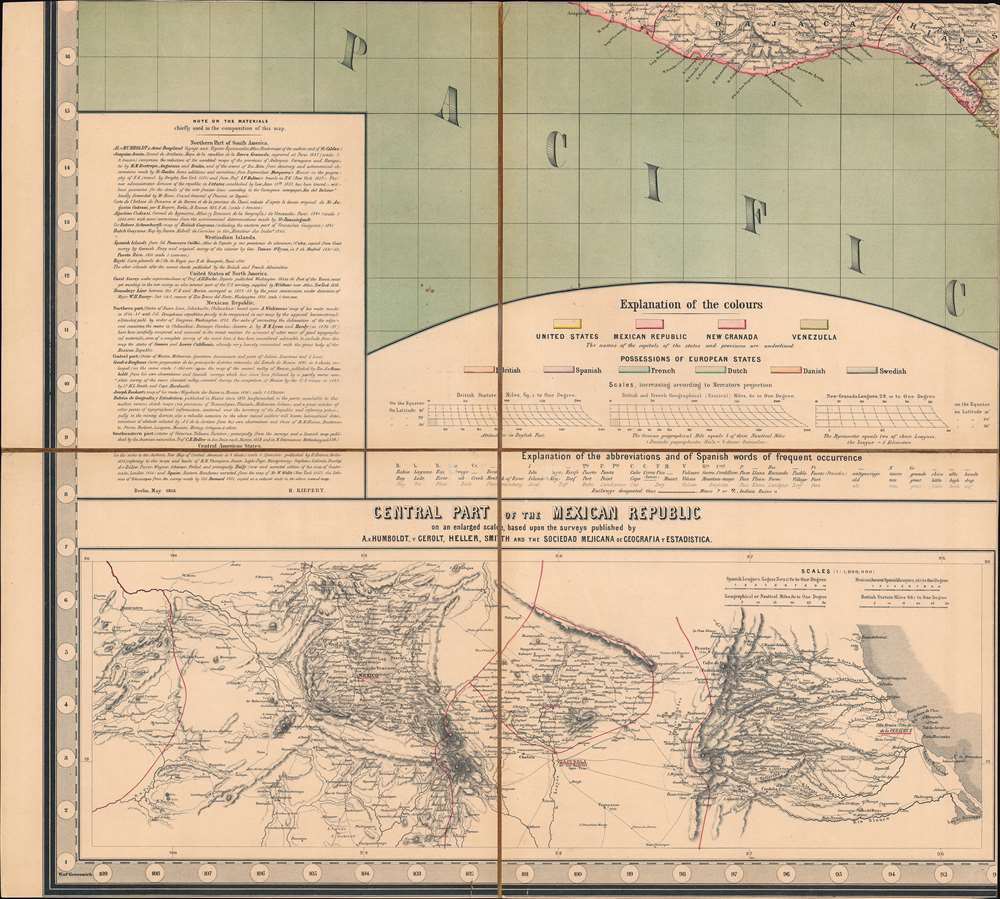 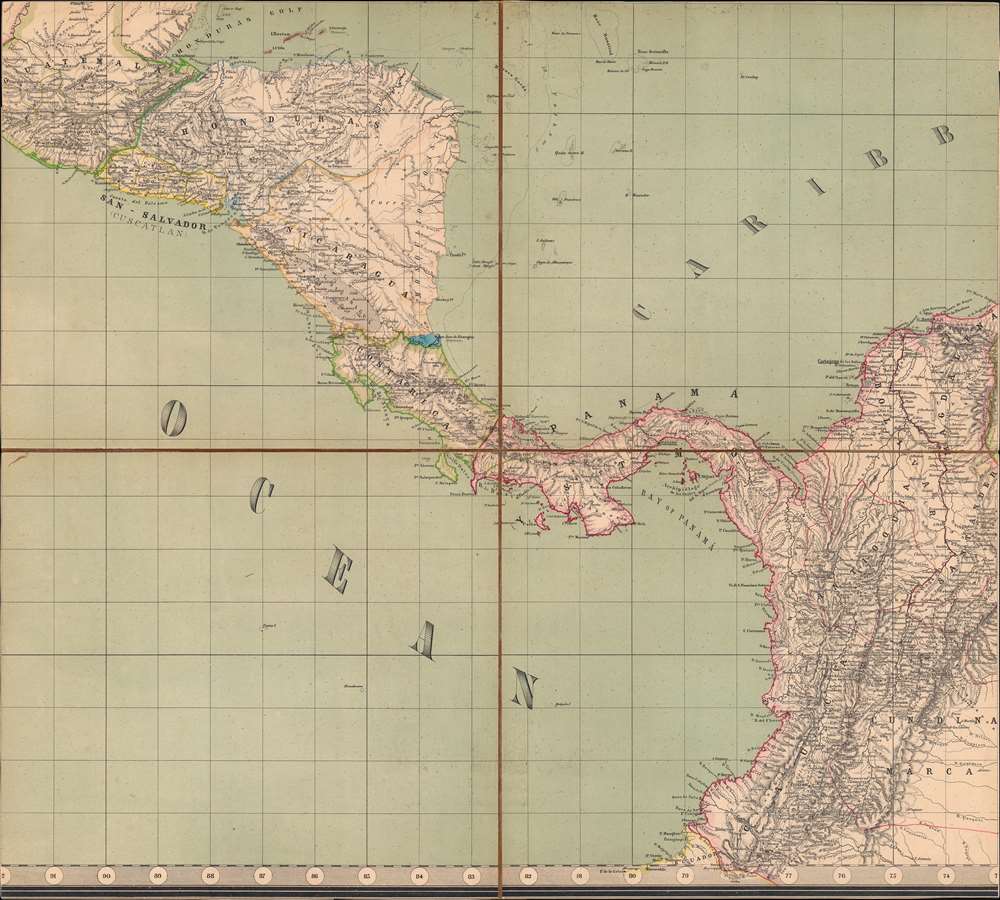 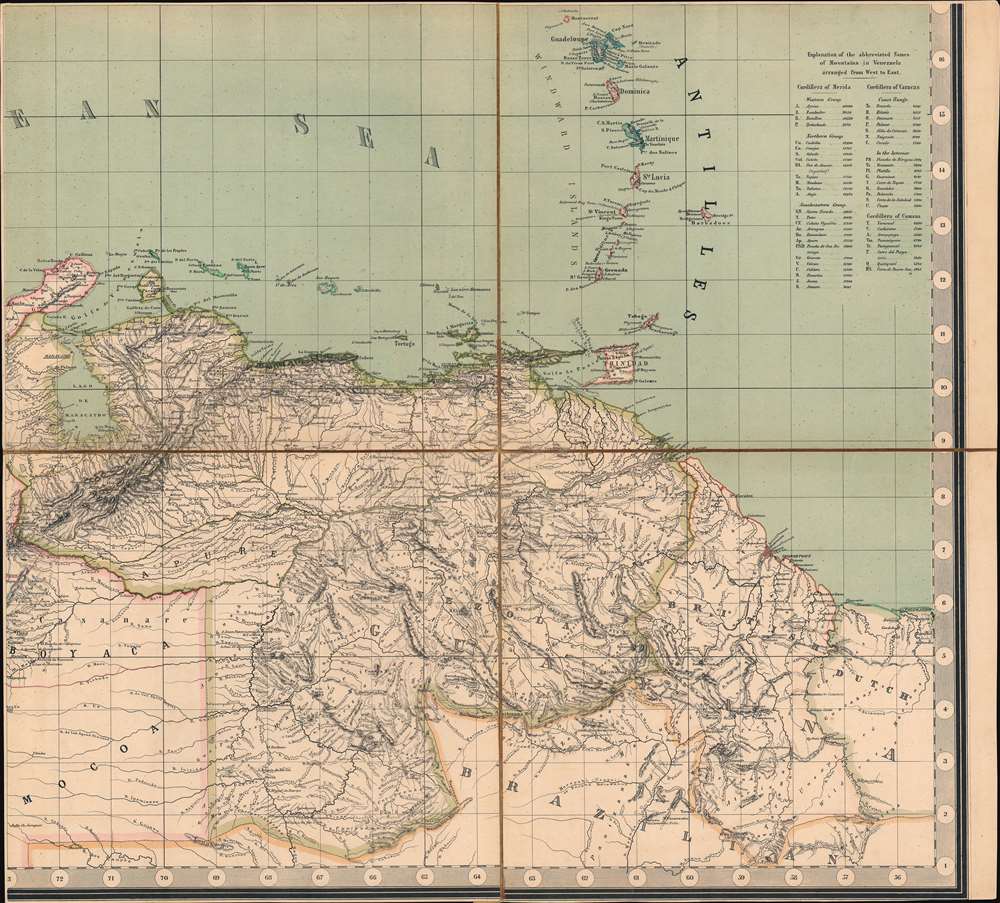 This is a large and impressive 1858 map of Florida, the Gulf of Mexico, Central America, the West Indies, and northern South America, compiled by Heinrich Kiepert, the greatest German cartographer of the 19th century. The map presents the region in detail, with color coding to differentiate between countries and a key situated in the lower left.

Modern-day Colombia, Ecuador, Panama and Venezuela are here consolidated as the Republic of New (1831 - 1858). New Granada dealt with years of instability and even civil war due to revolts and disputes stemming from disagreements about the independence of federal states and the slavery.

An inset in the lower left corner details central Mexico. It depicts from the Gulf of Mexico and Veracruz past Mexico City to Maravateo. This road network is illustrated, and its many cities, towns, and villages are labeled.

Kiepert includes a detailed discussion of his sources the lower left. Among his sources are works by Alexander von Humboldt, Beautemps de Beauprès, the U.S. Coast Survey, and the survey of the boundary between the U.S. and Mexico.

This map was created by Heinrich Kiepert and published by Dietrich Reimer in 1858. We note ten examples cataloged in OCLC across five entries: British Library, the Bibliothèque nationale de France, Stanford University, the Bayerische Staatsbibliothek, the Staatsbibliothek zu Berlin, and the Royal Danish Library, along with four other institutions. We have been unable to locate any history of this map on the private market.