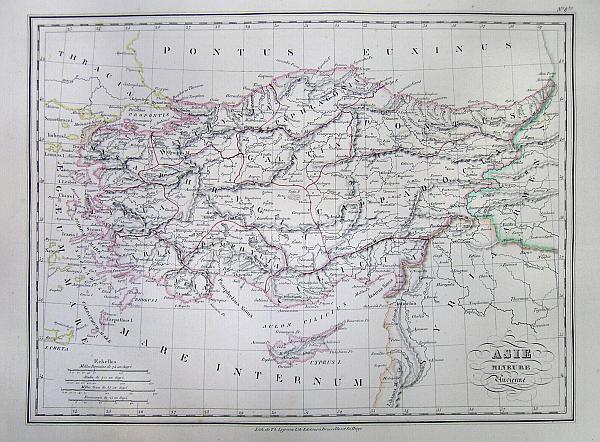 This is a beautiful 1837 hand colored map depicts Asia Minor or what is today Turkey as it appeared in Ancient time. This region saw the development of currency, the conquest of Troy, as well as the construction of three of the Ancient World's Wonders seven Wonders. All text is in French.