1835 Bradford Map of Turkey in Asia and the Caucases 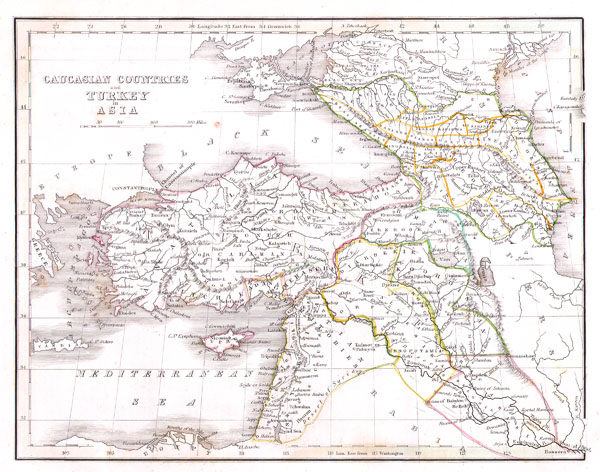 1835 Bradford Map of Turkey in Asia and the Caucases

This unusual map depicts the Asian portions of Turkey, the Black Sea, the Caucuses (Georgia, Azerbaijan, and Armenia), and what is today Israel/Palestine, Jordan, Syria, Lebanon, and Iraq.

Fine or perfect condition. Good margins. Blank on verso.
Looking for a high-resolution scan of this?