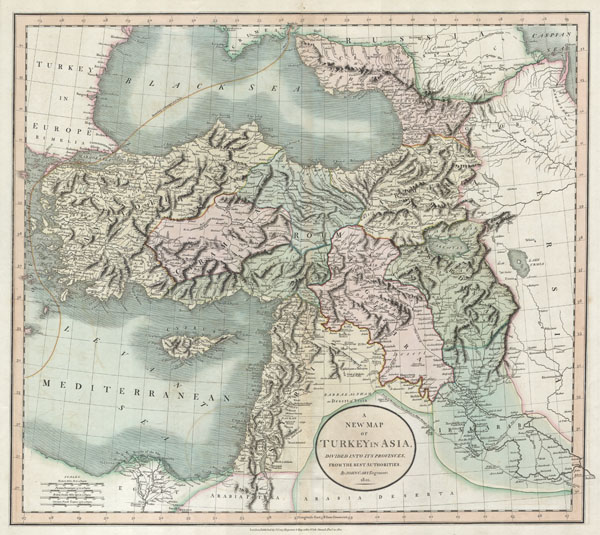 This is a stunning 1801 map of Turkey in Asia by English Cartographer John Cary. Depicts the vast regions in Asia controlled by the Ottoman Empire at the close of the 18th century. Includes the modern day nations of Turkey, Iraq, Syria, Lebanon, Palestine / Israel and Jordan. Wonderful detail down to the level of individual salt mines, dams, river crossing, and caravan routes. Dated 1801.

Fine or perfect condition with wide clean margins. Some light transference, see photo. Original platemark visible. Blank on verso.
Looking for a high-resolution scan of this?