1845 Chambers Map of Turkey in Asia 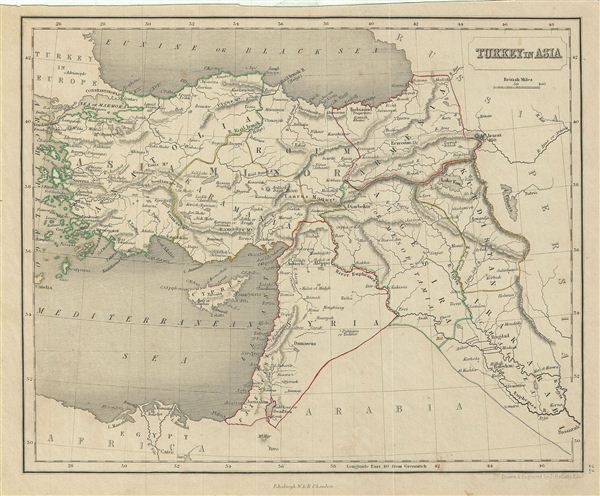 1845 Chambers Map of Turkey in Asia

This is a fine example of the 1845 Chambers map of Turkey in Asia. It covers covers from the Black Sea to Arabia, inclusive Cyprus. Centered on the Holy land (Palestine / Israel), the map covers the modern day countries of Turkey, Cyprus, Iraq, Israel, Palestine, Jordan, Lebanon, and Syria. The map dates to the last days of the Ottoman empire, whose influence, though rapidly declining, still dominated much of the Middle east. Divided and color coded according to regions and territories, the map identifies various cities, towns, islands, rivers, and an assortment of additional topographical details. This map was drawn and engraved by J. Gellatly.