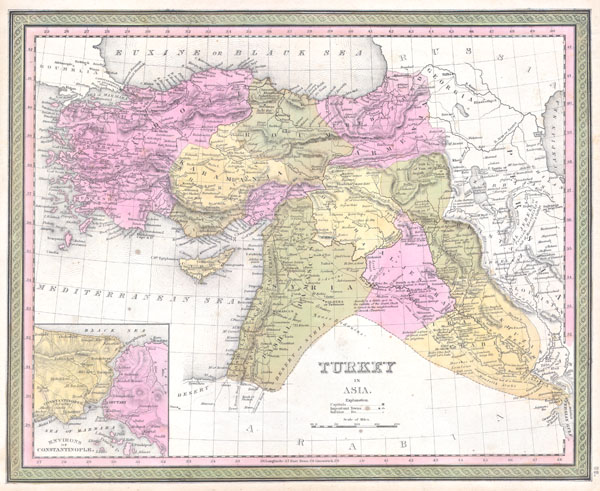 This beautiful hand colored map is a lithographic engraving of Turkey in Asia, dating to 1849. Beautiful map depicts most of modern day nations of Turkey, Iran, Iraq, Israel, Palestine, Jordan, Syria, Lebanon and Kuwait. There is a beautiful inset of the Environs of Constantinople or Istanbul. Produced by the legendary American map publisher S. A. Mitchell Sr. in conjunction with the Cowperthwait firm of Philadelphia, PA.