1794 Wilkinson Map of Turkey in Asia and the Ottoman Empire 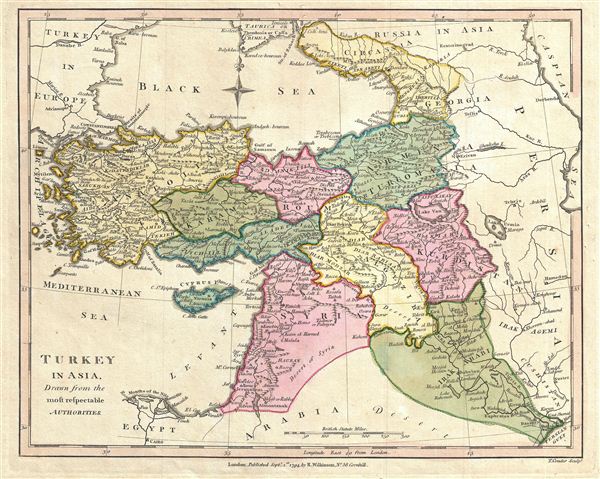 1794 Wilkinson Map of Turkey in Asia and the Ottoman Empire

A finely detailed first edition 1794 map of Turkey in Asia by Robert Wilkinson. Though titled Turkey, Wilkinson's map actually covers most of the Asiatic territories governed by the Ottoman empire, inclusive of the modern day Turkey, Armenia, Georgia, Syria, Jordan, Israel, Palestine, Iraq, Cyprus, and Kuwait. This map offers an excellent overview of the region's ethnic divisions which, following the withdrawal of the powerful Ottomans, disintegrated into the chaotic ethnic wars with which the region struggles to this day. engraved by Thomas Condar for the 1794 first edition of Robert Wilkinson's General Atlas.