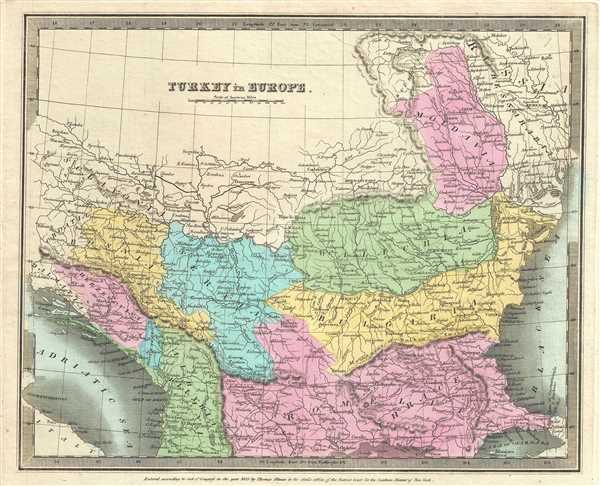 A first edition map depicting the Balkans and part of Greece issued in 1835 by David H. Burr. It extends northward from the Sea of Marmara to Moldavia (Moldova). Drawn when the Ottoman Empire controlled much of the region, it covers what is today Greece, Turkey, Macedonia, Albania, Bulgaria, Montenegro, and Moldova. Throughout, the map identifies various cities, towns, rivers, mountain passes and an assortment of additional topographical details.