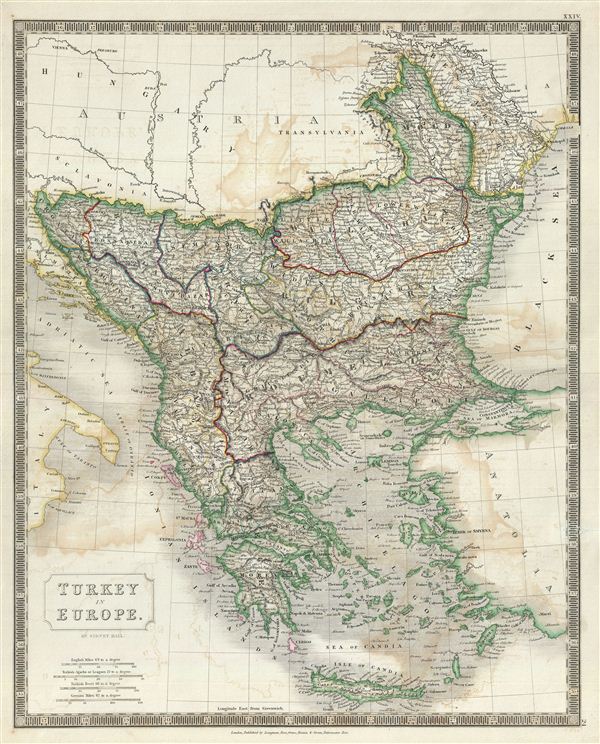 This is a beautiful map of Turkey in Europe from Sidney Hall's extremely scarce 1835 New General Atlas. Representing the European lands claimed by the Ottoman Empire in the early 19th century, this map covers from Moldova to Candia (Crete) and from the Adriatic Sea to the Black Sea. It includes the modern day nations of Greece, Albania, Moldova, Bosnia, Croatia, Serbia, Bulgaria and Romania. Towns, rivers, mountains, islands and various other important topographical details are noted. Elevation throughout is rendered by hachure and political and territorial boundaries are outlined in color.

The map depicts the waning years of Ottoman hegemony in the region. The Greek Independence movement attained sovereignty for the Peloponnese in 1821. The Ionian Republic, under the protection of Great Britain, was also free of Ottoman control. The other Grecian and Balkan states, including Serbia, Croatia, Moldavia, Wallachia, Albania, and Macedonia, remained at least nominally under Ottoman control until 1878.