1845 Ewing Map of Greece and the Balkans 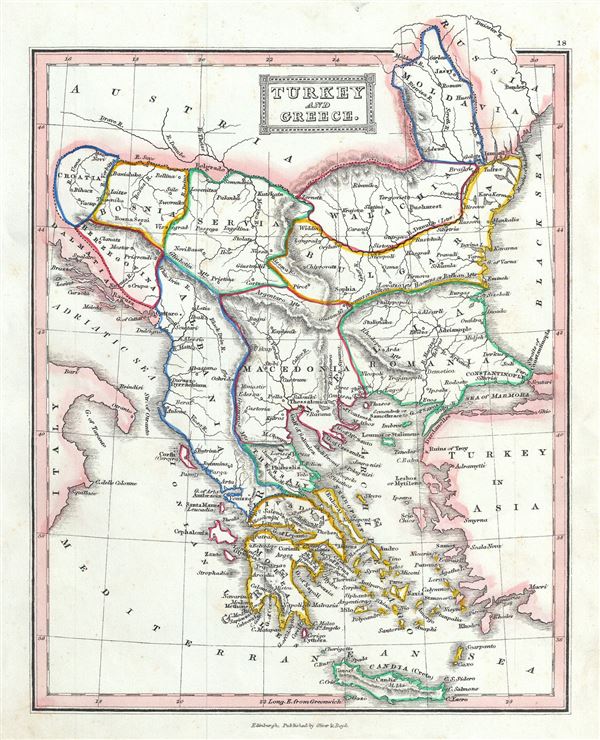 1845 Ewing Map of Greece and the Balkans

This is a beautiful example of Thomas Ewing's 1845 map of the European parts of Turkey. Centered on the Aegean Sea, this map covers from Moldavia to Thessaly and from the Adriatic to the Black Sea. Drawn when the Ottoman Empire controlled much of the region, it covers what is today Greece, Turkey, Macedonia, Albania, Bosnia, Serbia, Croatia, Bulgaria, Montenegro, and Moldova. Throughout, the map identifies various cities, towns, rivers, mountain passes and an assortment of additional topographical details.