1860 Dufour Map of Greece and the Balkans 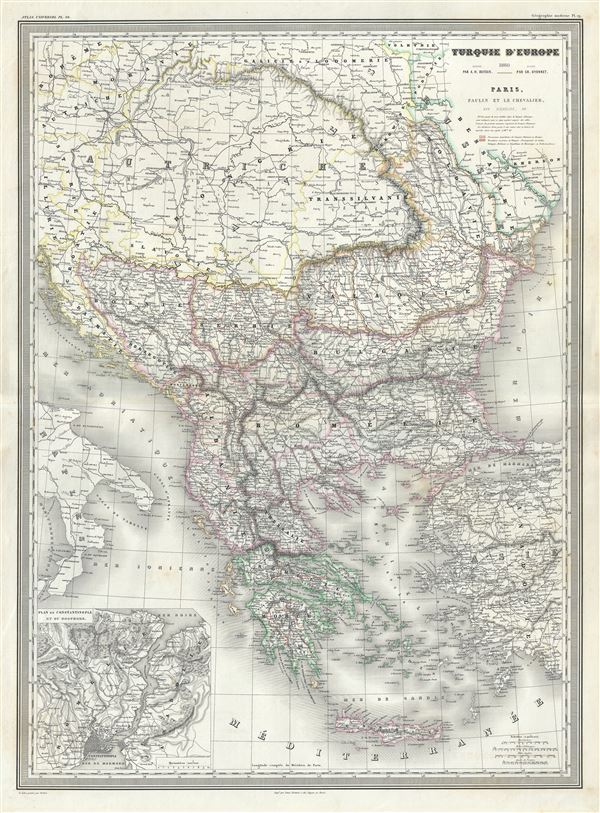 1860 Dufour Map of Greece and the Balkans

This is a beautiful 1860 elephant folio map of Greece, the Balkans and the European part of Turkey by A. H. Dufour. It covers from Moldavia to Candia or Crete and from the Gulf of Venice to the Adriatic Sea to the Sea of Marmara. The modern day states of Greece, Albania, Moldova, Bosnia, Croatia, Serbia, Bulgaria and Romania are included. Throughout, major towns, cities, rivers, mountains and other topographical features are noted. An inset plan of Constantinople and the Bosporus in included in the lower left quadrant.