1850 Cruchley Map of the United States 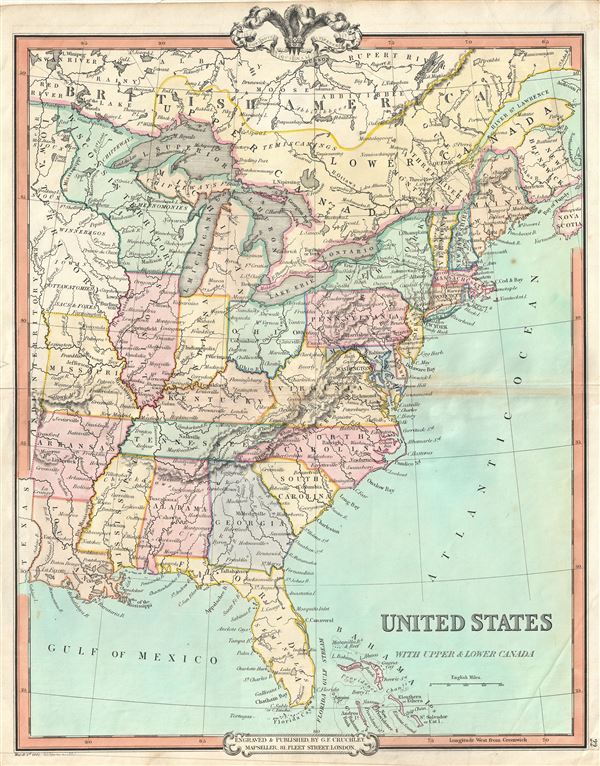 1850 Cruchley Map of the United States

An attractive 1850 map of the United States and parts of Canada by George Frederick Cruchley.  The map covers the United States east of Texas and the Indian Territory as well as parts of Canada south of the Hudson Bay and west of Nova Scotia.  Cruchley divides the states with color coding identifying major cities as well major rivers.  Topography is rendered by hachure.

The 1850s were a period of both great hope and simmering tensions in the United States.  The discovery of gold in California one year earlier initiated and mass trans-continental emigration in the quest for wealth and land.  California was admitted as the 31st state in September of this year and the cities of Los Angeles and San Francisco were incorporated. Meanwhile, tensions continued to rise between the slave holding agrarian southern states and the industrialized 'free' northern states.  The Compromise of 1850, intended to placate the slave holding states, essentially divided the United States along lines that, by 1861, would degenerate in the American Civil War.