1855 Ensign Bridgman and Fanning Wall Map of the United States 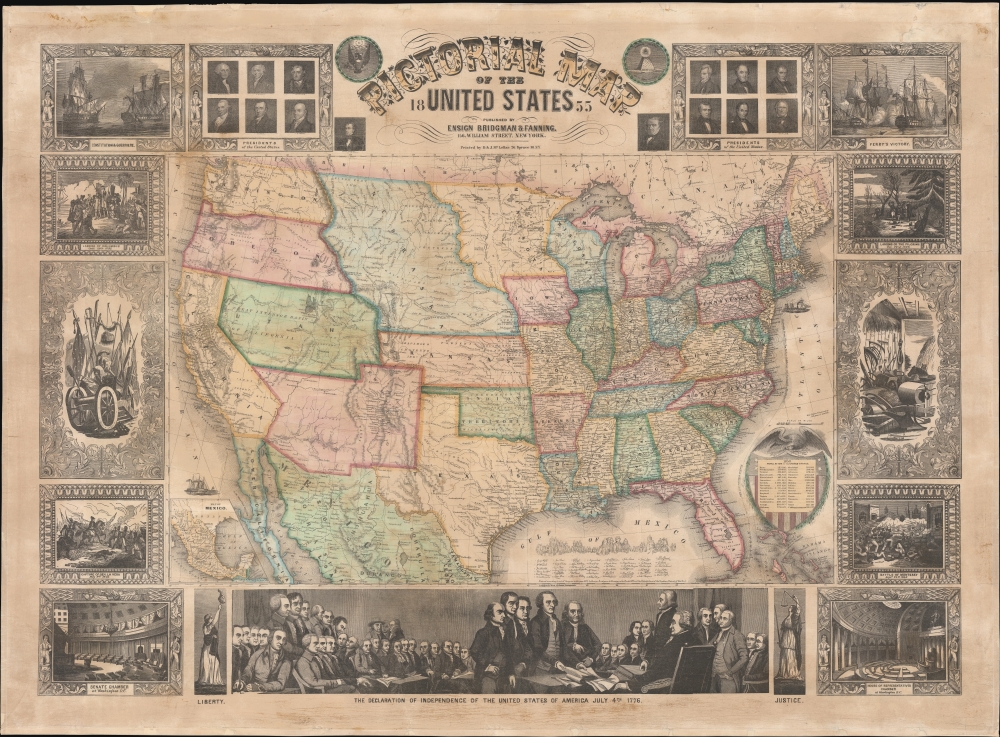 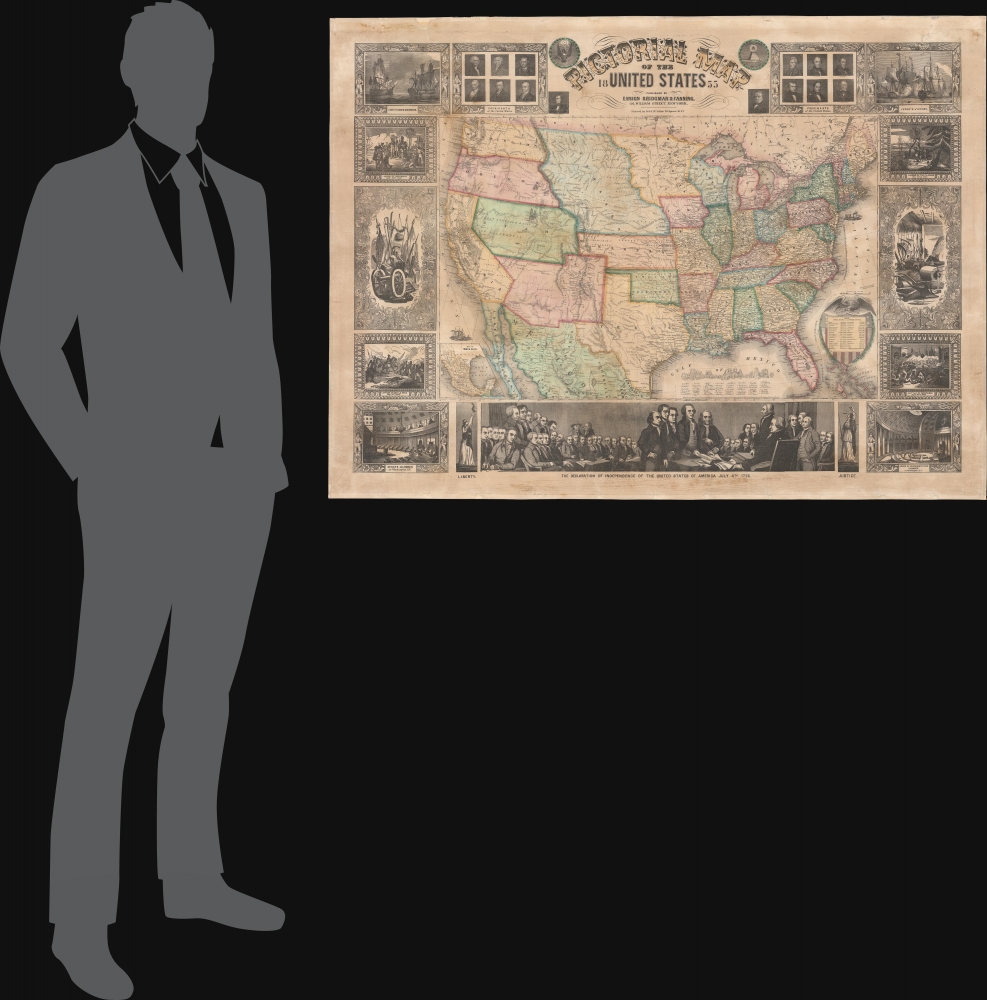 1855 Ensign Bridgman and Fanning Wall Map of the United States

A decorative 1855 wall map of the United States. Issued by Ensign, Bridgman and Fanning, this map covers from Atlantic to Pacific and from Canada to the Gulf of Mexico. This map illustrates an ephemeral period in the development of the American West with each of its many editions exhibiting significant changes and updates.

The present example, representing the sixth edition, reveals major developments west following the 1849 Gold Rush and the general westward migration. California features significant development over earlier editions, with numerous new settlements, particularly around San Francisco Bay and Monterey. Further east, The Gold Region, along the the San Joaquin and Sacramento Rivers, is labeled. Great Salt Lake is presented in an embryonic form indicative of the generally poor knowledge of the Great Basin predating the Railroad Surveys being conducted as this map went to press. Salt Lake City itself is identified as 'City of the Great Salt Lake.' Other Mormon settlements along the east side of the lake are noted. Nebraska extends northwards to the Canadian border and both Washington and Oregon extend eastward to the Rocky Mountains. The apocryphal Louis Fork or southern extension of the Columbia River, named after Meriwether Lewis, is shown in southeastern Oregon. American Indian nations are identified throughout. A smaller map of Mexico appears on the lower left

The rail lines at this time extended westward no further than Jefferson City, Missouri and Shreveport, Louisiana, west of which only wagon trails continued on to the Pacific. Many of these are noted including the 'Route to Oregon' (the famous Oregon Trail), the 'Route to Santa Fe,' and the southern route from 'Fort Smith to Santa Fe.' Other routes presented are the tracks of Fremont and the 'Great Spanish Trail from Los Angeles to Santa Fe.' Texas shows some development including an embryonic rail system running between Austin and the port of Galveston.

This map was published in 1855 by Ensign, Bridgeman, and Fanning, engraved by J. M. Atwood. Phelps and Ensign began issuing decorative wall maps of the United States in 1839 - which they advertised as Ensign's Travellers' Guide. That map used some of the same border and vignette art, but as a map terminated at the Mississippi. That map was dramatically expanded westward to account for the Texas Revolution (1836) in 1840. A further expansion ensued in 1847 under the imprint of Ensign, Thayer, and Phelps - the first of the lineage to extend to the Pacific. The map was fully re-engraved, rescaled, and retitled as a Pictorial Map of the United States, this being the third edition of that series. A second variant on this edition was issued by Ensign and Thayer in early 1848. Once the Mexican-American War ended in 1848, a larger run must have been issued, as the 1849 (Rumsey 5057) and 1850 editions appear more frequently. We are aware of another issued in 1852 (Rumsey 3508), then again in 1853, followed by editions by Ensign, Bridgman, and Fanning in 1854 and 1855 (Rumsey 265). A final edition, also by Ensign, Bridgman, and Fanning, appeared in 1858. All editions feature border work engraved by J. M. Atwood - although some are unsigned and the artworks is often in different configurations, suggesting that the border art pieces were separate plates. The maps surged in popularity after the war, reflecting increased interest in the American West fueled by both the Gold Rush and general expansionism.