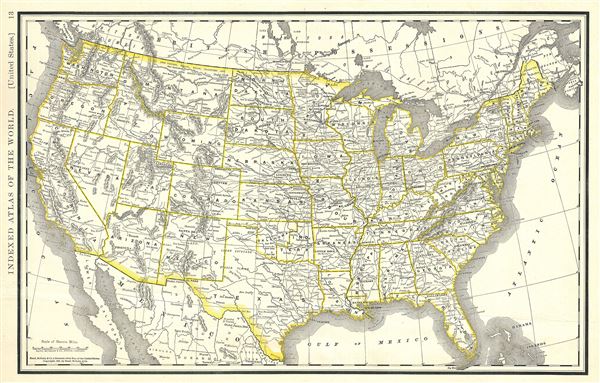 An attractive 1891 map of the United States by Rand McNally and Company. It covers the United States in its entirety and includes parts of Canada and Mexico. Major cities, towns, rivers, mountains, railroads and other important topographical features are identified. State boundaries are outlined in color and elevation is rendered by hachures. This map was issued as plate no. 13 in the 1893 edition of Rand McNally and Company's Indexed Atlas of the World- possibly the finest atlas Rand McNally ever issued.

Very good. Text on verso. Some wear and verso repair near bottom margin of map.