1850 Reed and Barber Map of the United States - unrecorded state 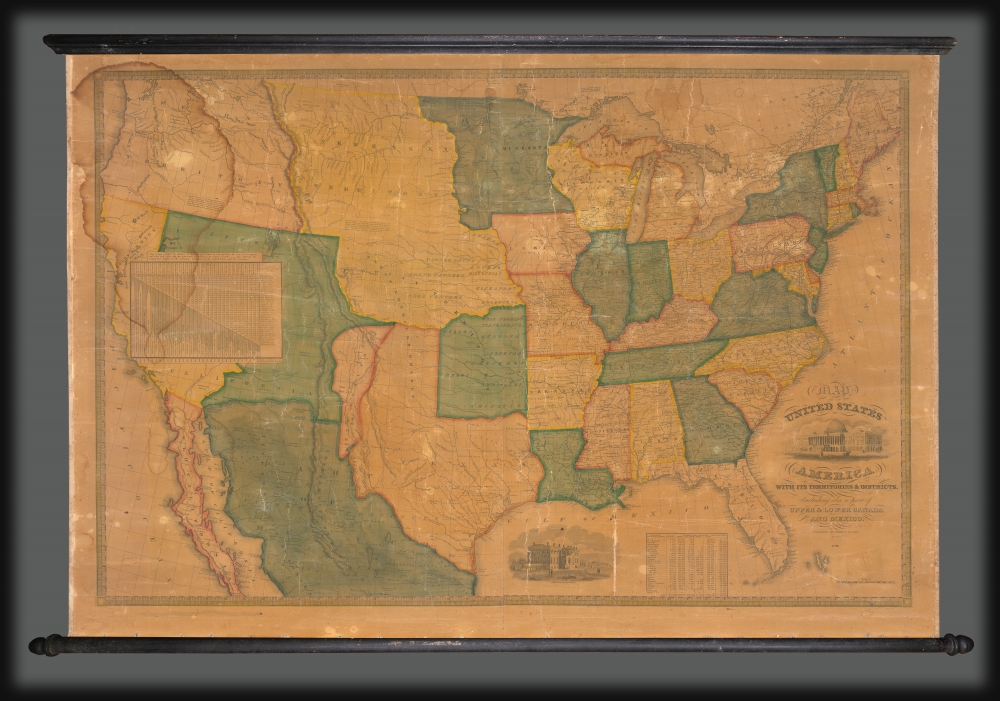 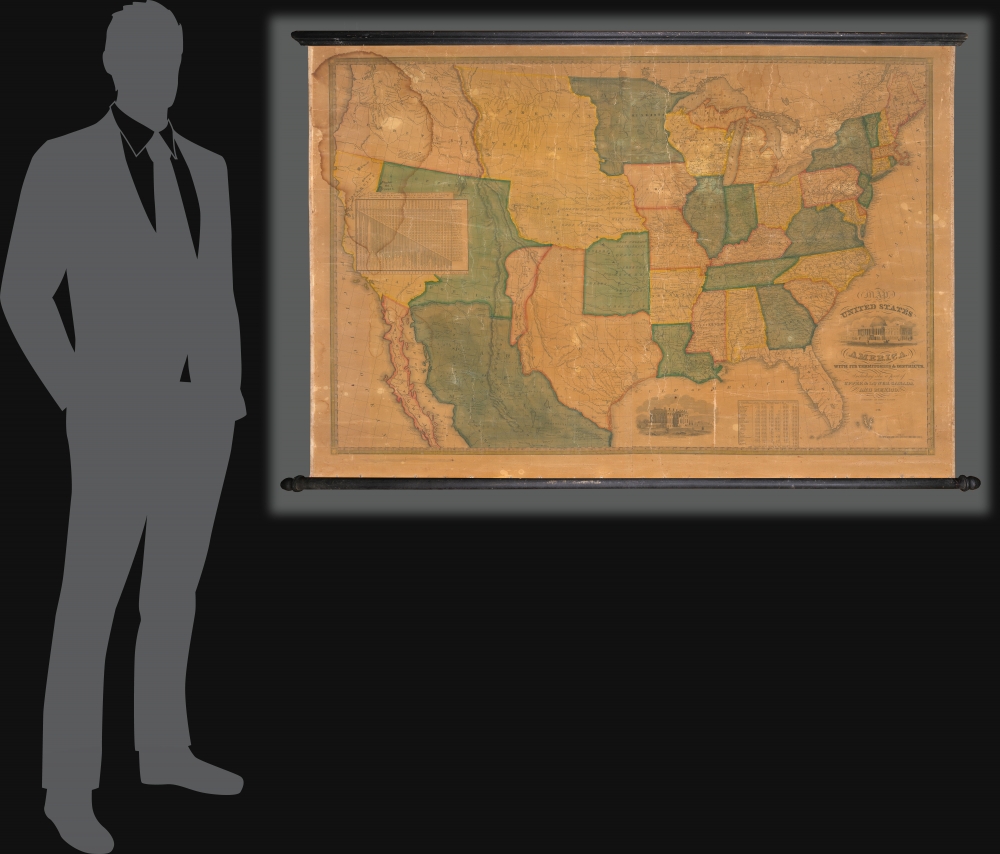 1850 Reed and Barber Map of the United States - unrecorded state

A most intriguing unrecorded early 1850 variant of the Reed and Barber map of the United States reflecting a nation in flux. The map was issued to satisfy popular curiously regarding the intensely debated newly acquired 'Mexican Cessions', as well as the new national and international borders. It illustrates ambiguity regarding the legislative arguments leading to the Compromise of 1850, which reshaped Texas into its modern configuration, Mormon settlement around Great Salt Lake, the changes brought about by the California Gold Rush, the Oregon Question, the Indian Territories, and more.

1850, Texas Before the Compromise

This map must have been rushed to the presses early in 1850, before the January 29 congressional approval of the Compromise of 1850. The debate in Congress centered around the question of slavery, which in just 10 more years would erupt into the American Civil War (1861 - 1865). In this case, the borders originally claimed by the Republic of Texas, which extended north as far as Oregon in the famous 'stovepipe' configuration conflicted with the Missouri Compromise Line at the 36th Parallel. In time this line formed the Oklahoma Panhandle out of what is here northern Texas.

Likewise with New Mexico, a vast territory that Texas claimed, but over which Texans exercised no military or administrative control, and which remained staunchly loyal to Mexico throughout the Mexican-American War (1846 - 1848). Here New Mexico is separated from Texas north of El Paso. A secondary Texan border is added as a dashed line along the Nueces River and the Sacramento Mountains of New Mexico, then heading east along the Red River, thus reflecting the Texas borders advocated by Mexico, who did not ratify the 1836 Treaties of Velasco.

Congressmen from slave holding states advocated extending the Missouri Compromise to the Pacific, while free-state representatives wanted new western territories acquired by the Treaty of Guadeloupe-Hidalgo to be free of slavery - note this included New Mexico, but not Texas, which was already a slave state. Divesting Texas of claims not only north of the Missouri Compromise Line, but also along its western border would allow for new territories to emerge. The question of whether or not they would become slave-states was thus postponed for a later date. This map somewhat resembles the borders laid down in the 1848 Gilman Treaty Map, but is even more aggressive in limiting Texan claims along the upper Rio Grande (Rio del Norte).

This is also one of the earliest maps to illustrate the Mormon presence around Great Salt Lake. Led by Brigham Young, the Mormon Pioneers first settled on the shores of Great Salt Lake in 1847, just three years before this map was printed. The map notes a 'Mormon Fort' as well as the presence of Mormons northeast of the lake. The second 1850 edition of this map (not this one) takes the Mormon presence a step further, naming the unofficial territory of 'Deseret'.

This map was published in 1850 in Hartford, Connecticut by Reed and Barber. It is the first of two variants issued in that year, the second exhibiting a wholly different configuration in the Trans-Mississippi. This example, with unusual early borders, is previously unrecorded.

Benoni Bissell Barber (1798 - February 27, 1885) was a Hartford, Connecticut, based printer, bookseller, and publisher active in the first half of the 19th century. From 1822 to 1833, he partnered with David Franklin Robinson, as 'Barber and Robinson' to operate a small bookshop and bindery in Hartford. In 1833, he joined forces with Asaph Willard (1786 - 1880) to publish a map of the United States. This partnership was dissolved in 1835. Barber took on a new partner, William W. Reed (c. 1785 - 18??), in 1837. He reused and revised the plates from his early 'Barber and Willard' map of the United States to issued a new map under the imprint of 'Reed and Barber'. This map was issued in many editions form 1842 to 1855. While 'Barber and Reed' was based in Connecticut, Barber himself relocated to New York City sometime before 1850, where he is identified as a 'hotel-keeper' in the census. Sometime after 1870, he returned to Connecticut settling in Cromwell, where he died in 1885. (Thanks to Ashley Bayton-Williams for help researching Barber.) Learn More...

Good. Unrestored as issued. Dampstain upper left. Original rollers. Can be washed, de-varnished and restored at an additional cost of about 1500 USD.