1855 Reed and Barber Map of the United States - unrecorded state 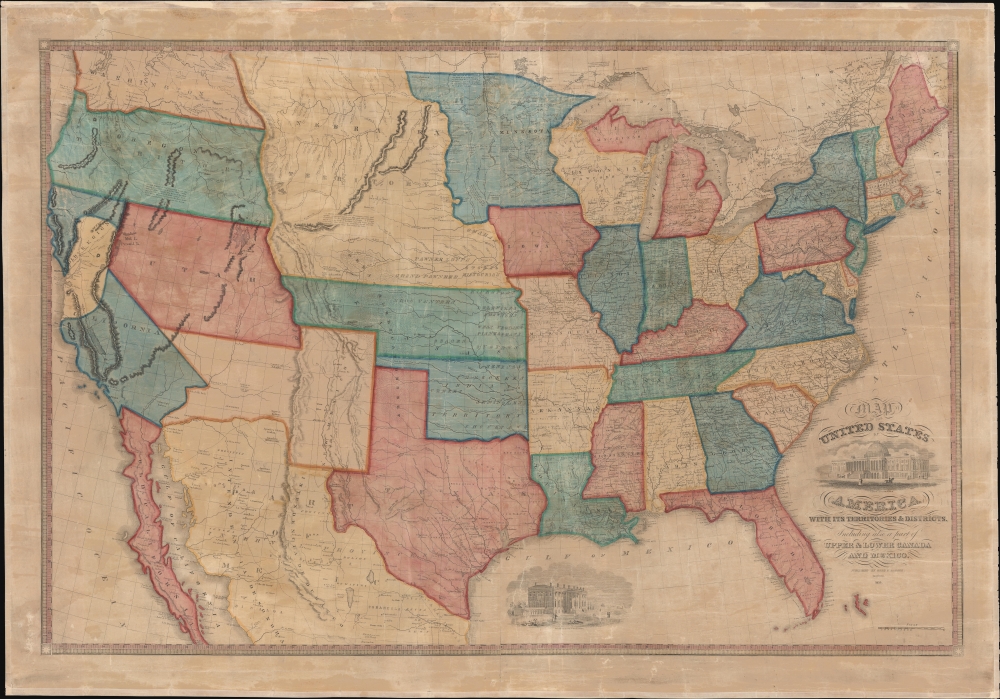 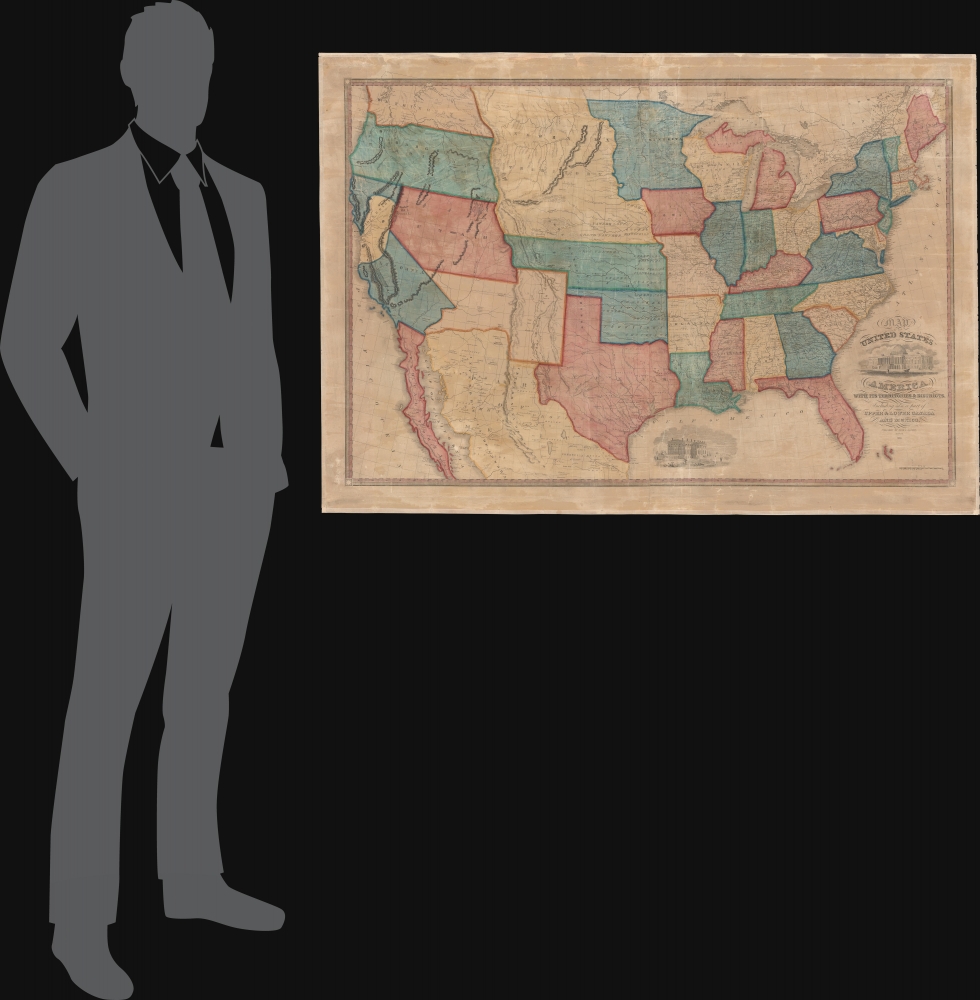 1855 Reed and Barber Map of the United States - unrecorded state

A most attractive 1855 Reed and Barber wall map of the United States reflecting a nation in flux. This is likely the last edition of this map, ending its long and fascinating documentation of American westward expansion. The present map is, according to our research, the only known example of the 1855 issue.

The map illustrates Texas in the Post-Compromise of 1850 configuration. The 1854 Gadsden Purchase does not appear, suggesting this map was engraved early in 1854. In California the gold region is boldly highlighted. The Kansas-Nebraska Act of 1854, which separated Kansas Territory from Nebraska Territory is evident, with Kansas extending from Missouri to the Rocky Mountains. Notes in eastern Oregon describe that territory as 'very little known'. First Nation territory is identified according to tribe in Nebraska, Kansas, and the Indian Territory (Oklahoma).

This map illustrates the Mormon presence around Great Salt Lake. Led by Brigham Young, the Mormon Pioneers first settled on the shores of Great Salt Lake in 1847. The map notes a 'Mormon Fort' roughly where Salt Lake City emerged, as well as the presence of Mormons northeast of the lake. The second 1850 edition of this map (not this one) takes the Mormon presence a step further, naming the unofficial territory of 'Deseret'. As this map postdates the incorporation of Utah Territory, the pseudo-state of 'Deseret' has been removed.

This map was published in 1855 in Hartford, Connecticut by Reed and Barber. This map first appeared in 1833 under the imprint of 'Barber and Willard'. An 1835 printing under the same name followed. It was revised in an 1842 issued by 'Reed and Barber. In 1848, 'Reed and Barber' revised the plates to illustrate the rapid changes in the Transmississippi following the Mexican-American War (1846 - 1848). Three subsequent 'Gold Rush' editions, all significantly reworked, appeared in 1849 and 1850 (2). We note further reissues in 1852 and 1854, as well as this edition, 1855, likely the last. The map in various editions appears in 7 institutions, but this is the only known example of the final 1855 edition.

Benoni Bissell Barber (1798 - February 27, 1885) was a Hartford, Connecticut, based printer, bookseller, and publisher active in the first half of the 19th century. From 1822 to 1833, he partnered with David Franklin Robinson, as 'Barber and Robinson' to operate a small bookshop and bindery in Hartford. In 1833, he joined forces with Asaph Willard (1786 - 1880) to publish a map of the United States. This partnership was dissolved in 1835. Barber took on a new partner, William W. Reed (c. 1785 - 18??), in 1837. He reused and revised the plates from his early 'Barber and Willard' map of the United States to issued a new map under the imprint of 'Reed and Barber'. This map was issued in many editions form 1842 to 1855. While 'Barber and Reed' was based in Connecticut, Barber himself relocated to New York City sometime before 1850, where he is identified as a 'hotel-keeper' in the census. Sometime after 1870, he returned to Connecticut settling in Cromwell, where he died in 1885. (Thanks to Ashley Bayton-Williams for help researching Barber.) Learn More...

Good. Some cracking. Restored and stabilized on fresh linen.