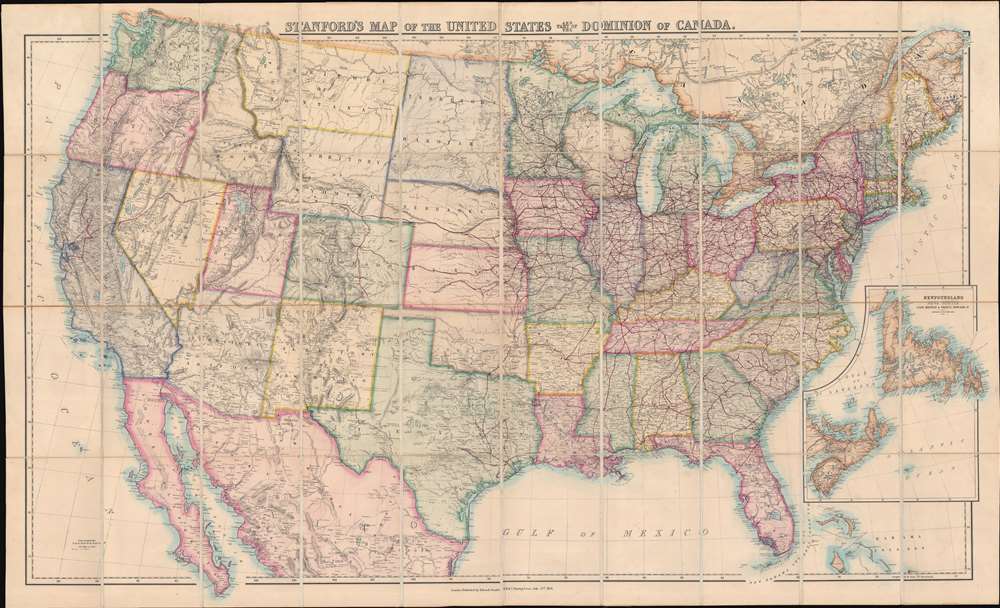 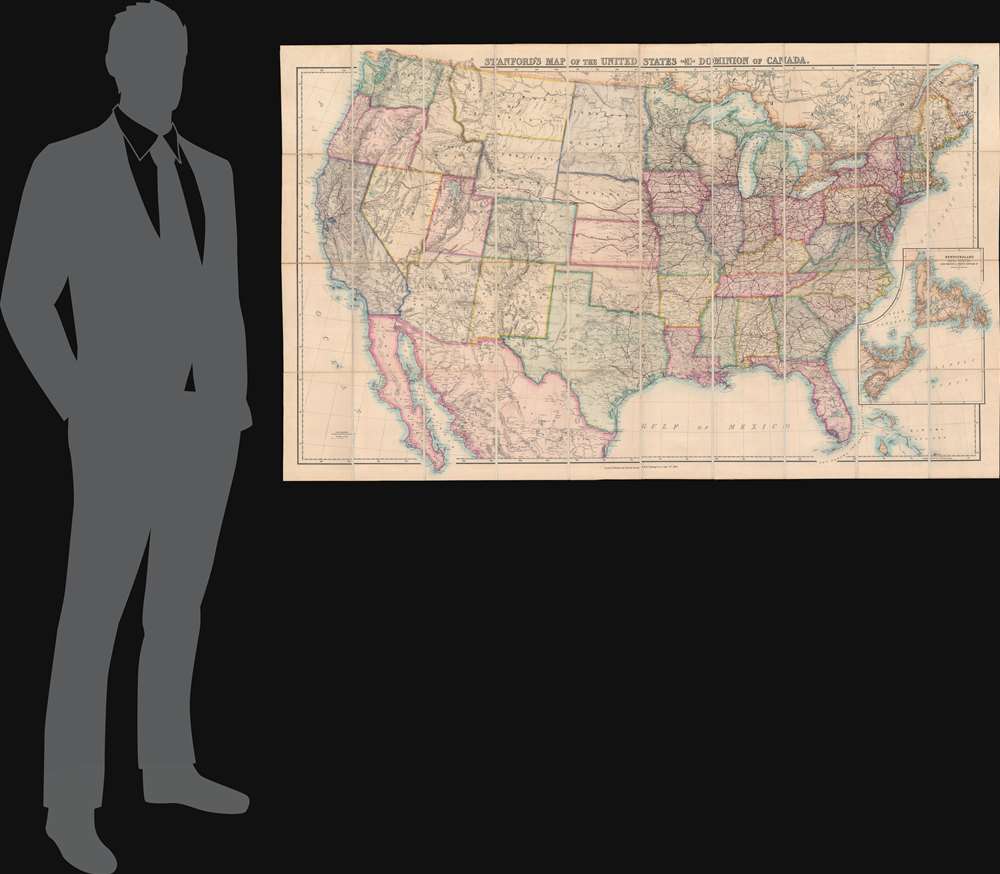 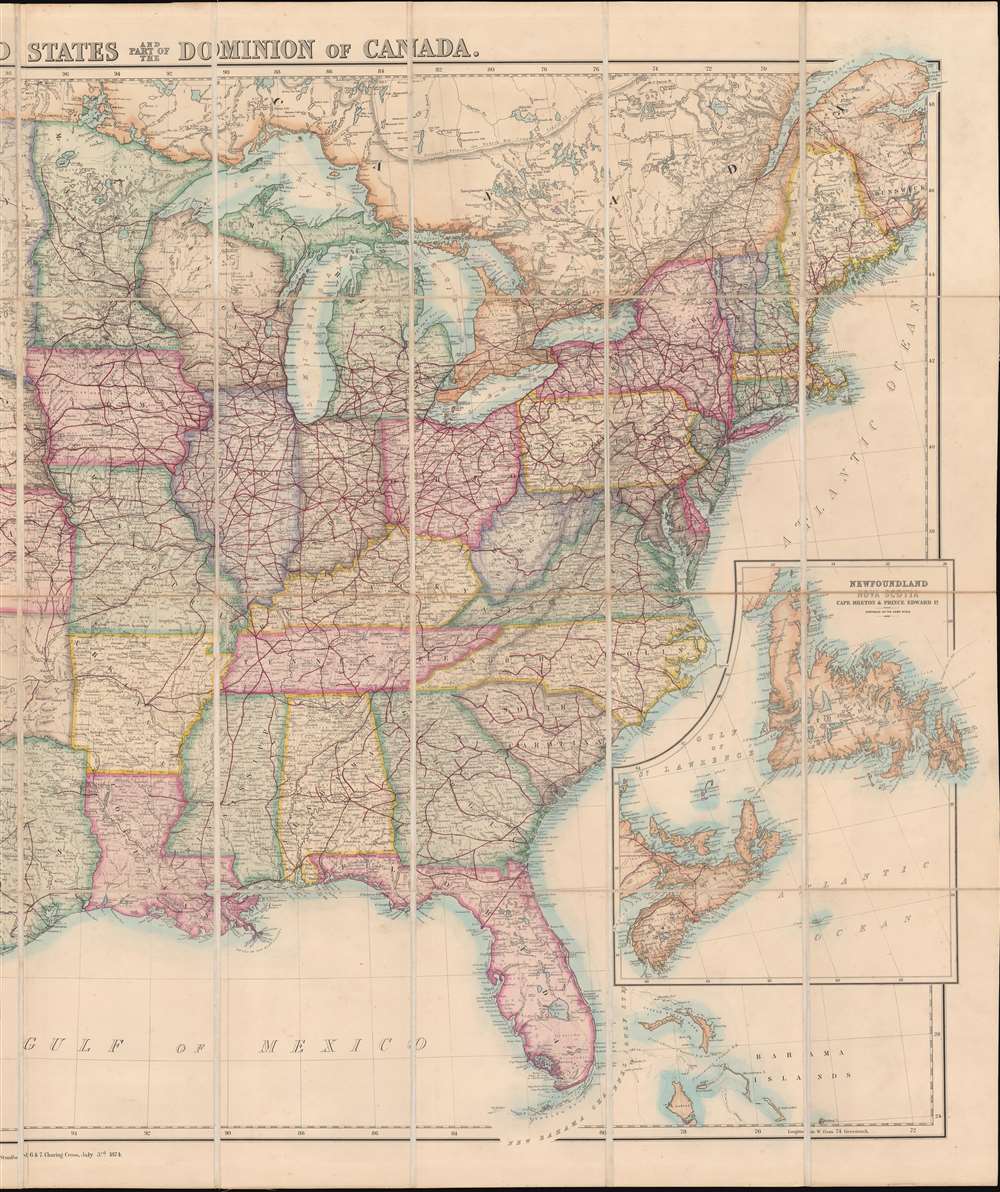 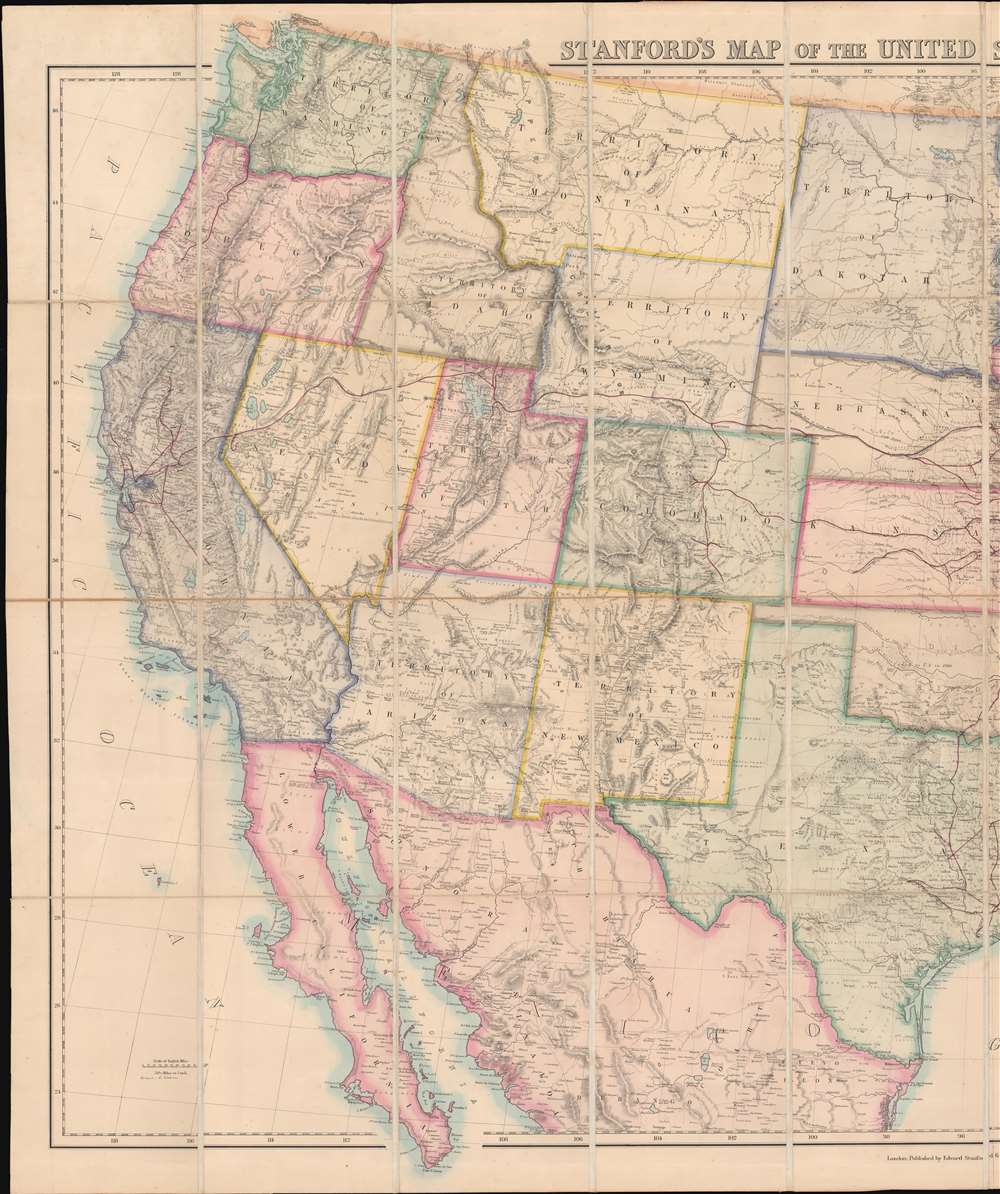 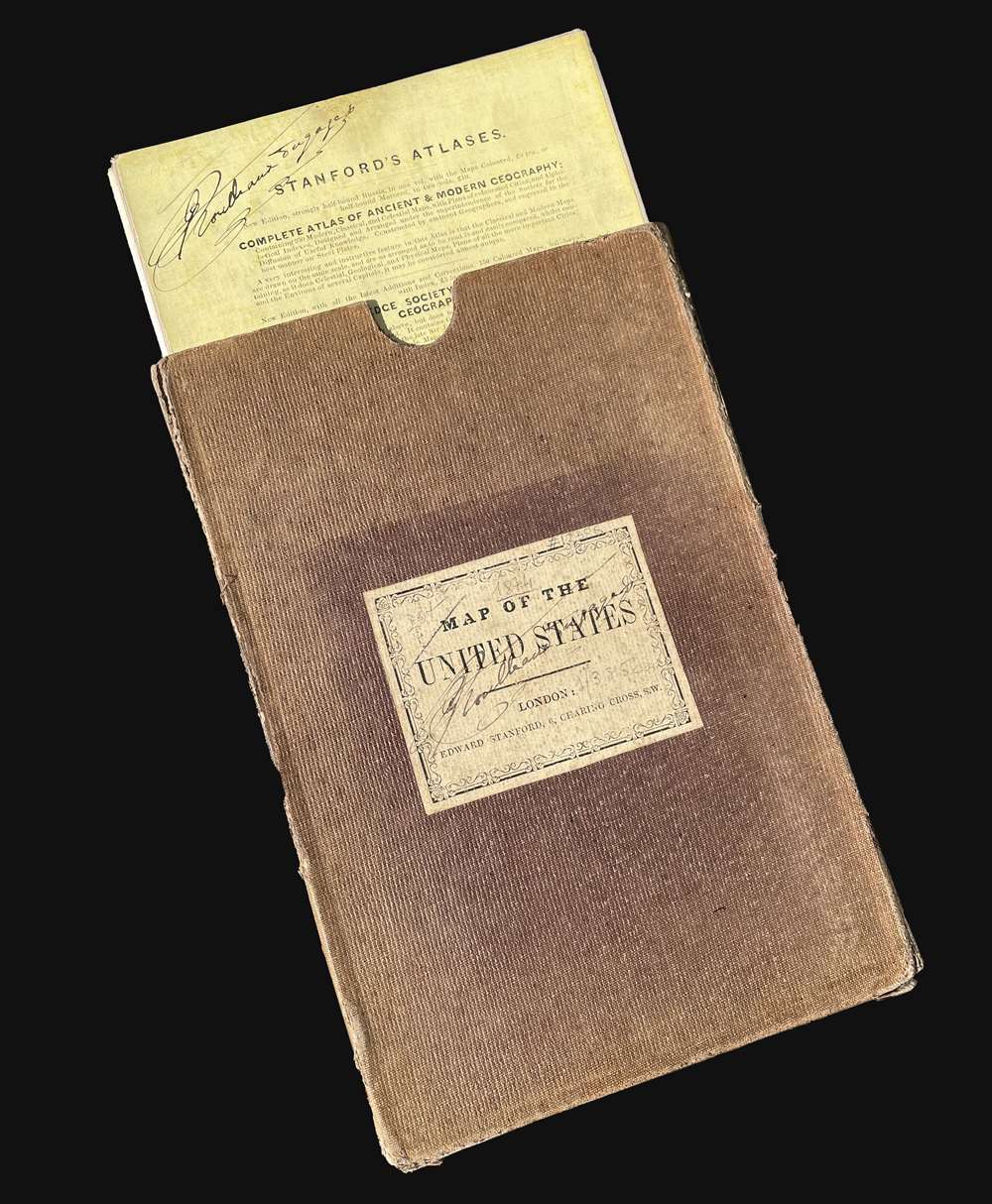 A striking 1874 large-scale map of the United States by the pre-eminent British publisher of his generation, Edward Stanford. This is a general geographical and political map, but it's focus is clearly the growing American railroad network - a subject of keen interest to the British public who was deeply invested in American Railroad securities. This justifies much of the size, detail, and production mastery dedicated to this lavish map, as all would have been essential in planning investments in the far-off American continent.

Railroad Across the Continent

Accordingly, red highlighting traces the routes of the major railroads as they work their way westward across the continent, with only a single line of track reaching the Pacific. Western Railroads, still emerging, at this point in time service only San Francisco, the Sacramento Valley, with an incomplete line of track running from Olympia, Washington, south to central Oregon.

Foreign, particularly British and Dutch, investment fueled the development of the American trans-continental railroad system. The earliest British portfolio investments in U.S. railroads were private, through agents, but by 1838, U.S. Railroad companies were being listed on the London Stock Exchange. The appetite for American railroad securities became so voracious that the London Stock Exchange dedicated a special section to only these transactions. Likewise, by 1857, 57 percent of all securities quoted on the Amsterdam Stock and Securities Exchanges were committed to American Railroads.

On the American side, quoting Mira Wilkins in Foreign Investment in the U. S. Economy before 1914,

In the late 19th century over 50% of the stock of such important American companies as the Pennsylvania Railroad (52%), the Illinois Central (65%), and the Louisville and Nashville (75%) was held abroad.

Significantly, these securities were typically traded and held in U.S. Dollars. The investment required to construct multiple railroad networks across the vast expanse of the American west was so staggering that between 1880 and 1914, much of Europe's private wealth funneled to the United States and traded in American dollars. By 1913, these investments, and subsequent investments in other U.S. public and private sectors, catapulted the dollar to become the world's dominant currency and the U.S. to become the world's largest economy.

This map was first published by Rogers and Johnson in 1857. It was subsequent updated annually for more than 20 years and had a profound impact on the British cartographic representation of the United States through the 1880s. The present example is the 1874 edition.

Very good. Dissected and mounted on linen in forty (40) panels. Accompanied by original slipcase.
Looking for a high-resolution scan of this?