1845 Ewing Map of the United States 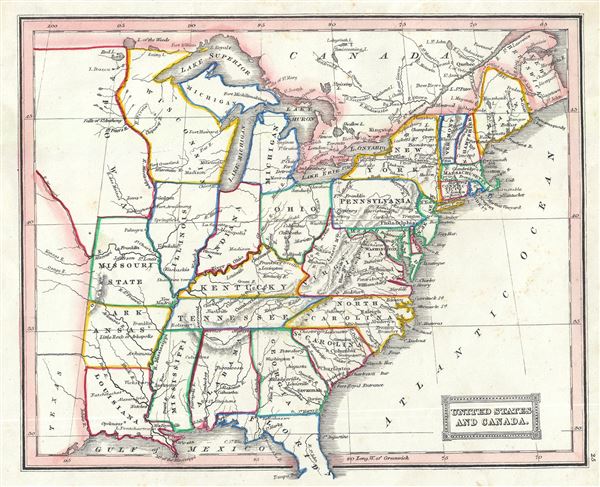 1845 Ewing Map of the United States

This ephemeral map details United States during a period of rapid development and westward expansion. Throughout the 1840s emigration and settlement to the west of the Mississippi led to a transformation of the national map. The present example focuses on the eastern portion of the country in the days just prior before the Mexican-American War. Texas, in 1846, would join the Union leading to U.S. invasion of Mexican California and the subsequent events of the Mexican-American War.