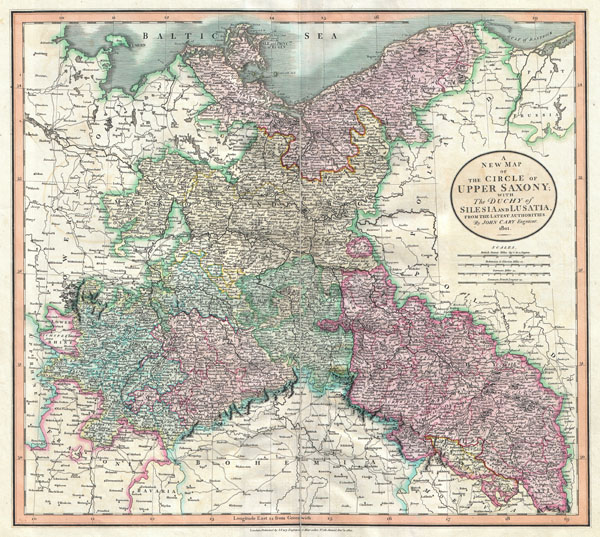 An attractive example of John Cary's 1801 map of Upper Saxony, Germany. Covers from the Baltic Sea south to Franconia, Bavaria, Bohemia and Moravia. Extends eastward as far as Poland. Includes the Duchy of Silesia, the Duchy of Lusatia, Prussian Pomerania, Electoral Mark of Brandenburg, and the Margraviate of Meissen. Notes the cities of Berlin, Prague, Dresden, and Leipzig among many others. Highly detailed with color coding according to region. Shows forests, cities, palaces, forts, roads and rivers. All in all, one of the most interesting and attractive atlas maps of Upper Saxony to appear in first years of the 19th century. Prepared in 1801 by John Cary for issue in his magnificent 1808 New Universal Atlas.