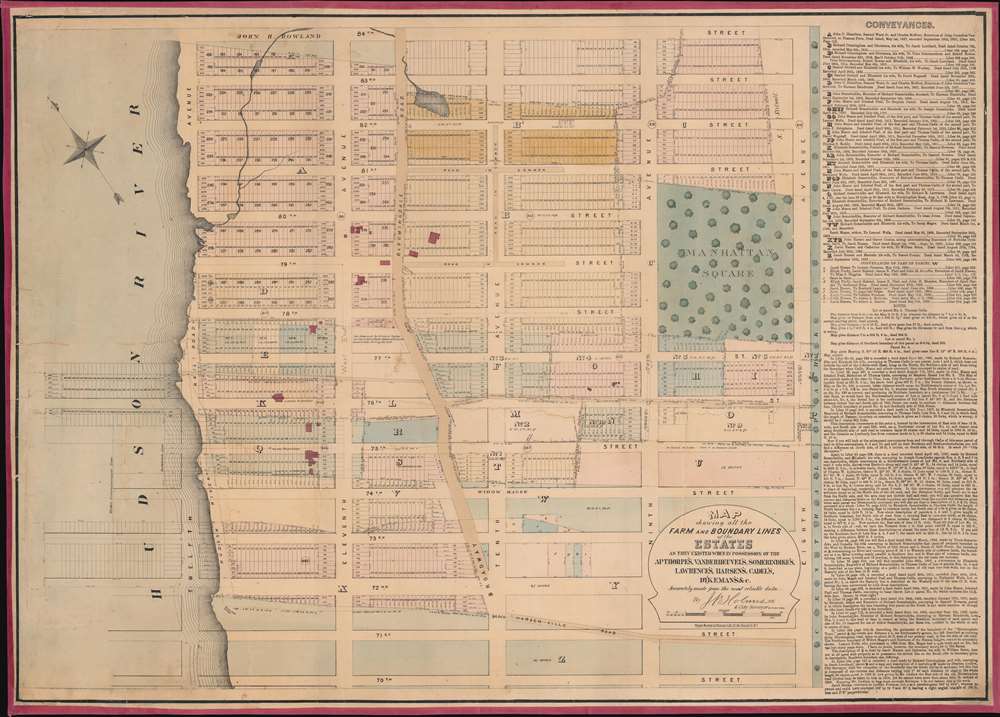 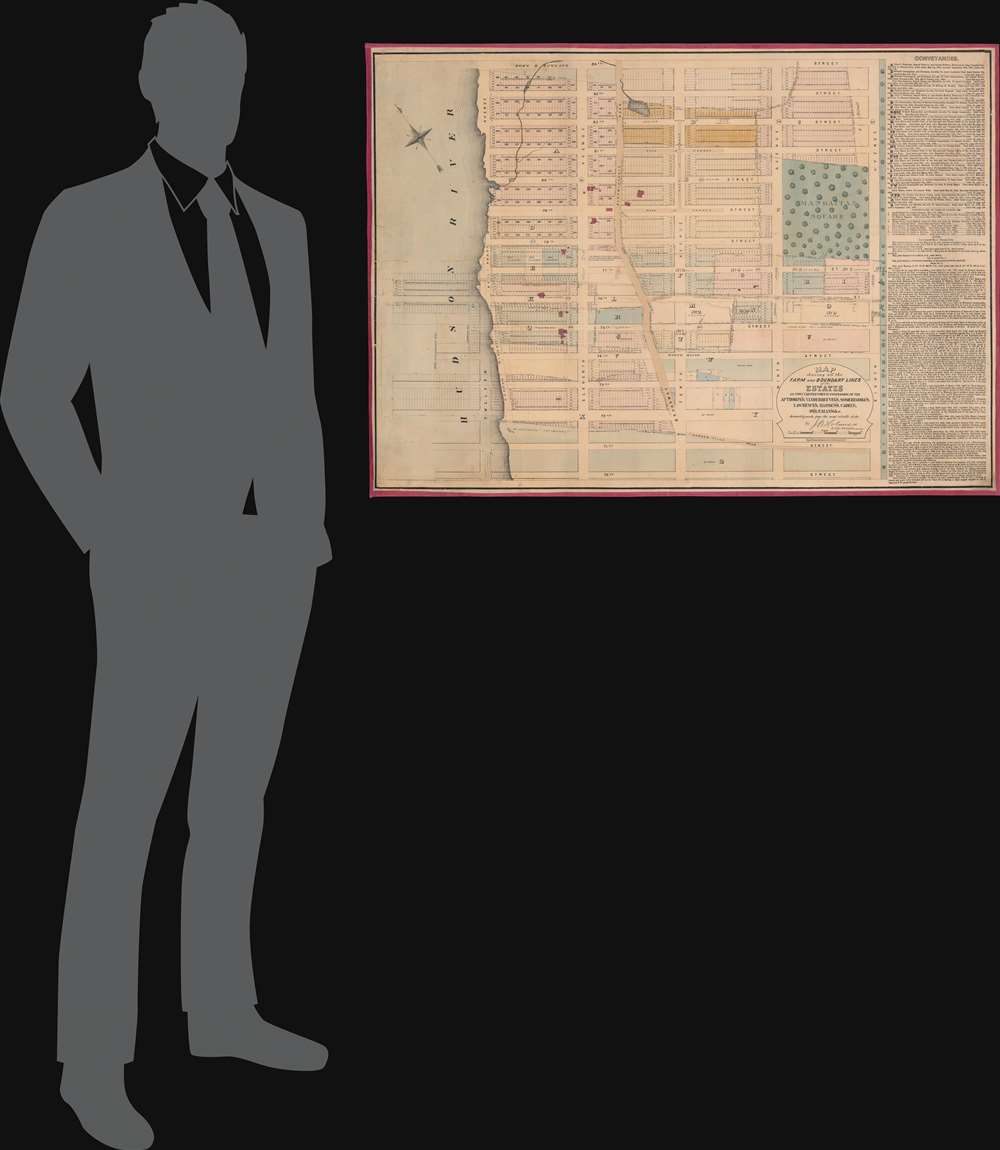 Extraordinary early map of the Upper West Side of Manhattan.
$6,000.00

One of a handful of known examples of John Bute Holmes's c. 1874 cadastral map of the Upper West Side of Manhattan. The map covers from 70th street to 84th street and from the Hudson River to Central Park, including Manhattan Square, where the American Museum of Natural History would be constructed in the same year this map was issued. This area is the earliest developed part of the Upper West Side which, with the construction of Central Park, flourished as one of Manhattan's most desirable neighborhoods.

This map is a cadastral map, that is, a map illustrating property lines and lots. It employs color coding, overprinting, and an alpha-numeric system, to identify both old property lines dating to the earliest days of Manhattan's settlement and modern street grid including property lines compliant with the 1811 Commissioner's Plan. Old gentlemanly estates, most overlooking the Hudson, appear in red - these belonged to wealthy families, most of Dutch descent, who owed much of this land, among them Apthorpe, Vanderheuvel, Sommeridike, names preserved in some of the UWS's most grandiose historic apartment buildings. Modern day Broadway ( Bloomingdale Road) winds from north to south. Proposed landfill expansions, including property lots, extend well into the Hudson River. To the right of the map, a long list of deeds and conveyances breaks down the real estate history of the area.

In the early 19th century most of Manhattan was undeveloped farm lands, the property of wealthy landowners with claims dating to the Dutch period. The northern two-thirds of Manhattan was dotted with farm lands and sprawling gentlemanly estates, many with great manor houses overlooking the Hudson. The Commissioner's Plan of 1811 and the 1807 Commission Law, laid the street grid through many of these properties and gave the city the right to claim such lands under eminent domain, providing due compensation to the landowners. While this work occurred early in lower Manhattan, central and upper Manhattan were not formally acquired by the city until the mid-19th century.

Holmes' cadastral maps are today all extremely rare. Of the present map, only three examples are cited in the OCLC with the NYPL possibly holding a fourth. The only a handful of examples are known to have changed hands privately in the last 50 years, with one appearing at Swann Galleries in 1986.