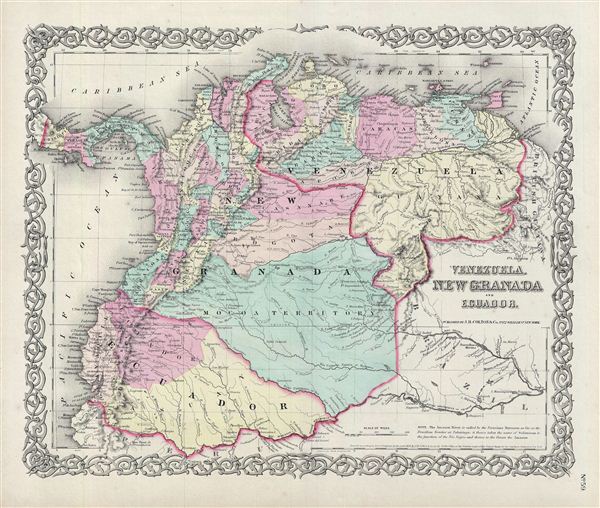 An excellent 1855 first edition example of Colton's map of Venezuela, New Granada (Colombia), and ecuador. This map covers from the Pacific to Guyana and from Peru to the Caribbean, including Panama. Simon Bolivar's vision of Gran Columbia was proven untenable and in 1829 and 1839, respectively, Venezuela and ecuador became independent nations leading to period of political upheaval and civil war throughout the region. Venezuela dissolved in the bloody Federal War (1859-1863) in which a significant percentage of the population would perish. Colombia became the Confederación Granadina, a short lived federal republic that consisted of modern day Colombia and Panama. The Confederación, facing strong opposition from both liberal and conservative elements, dissolved in 1863 in the midst of the Colombian Civil War (1860 – 1862).