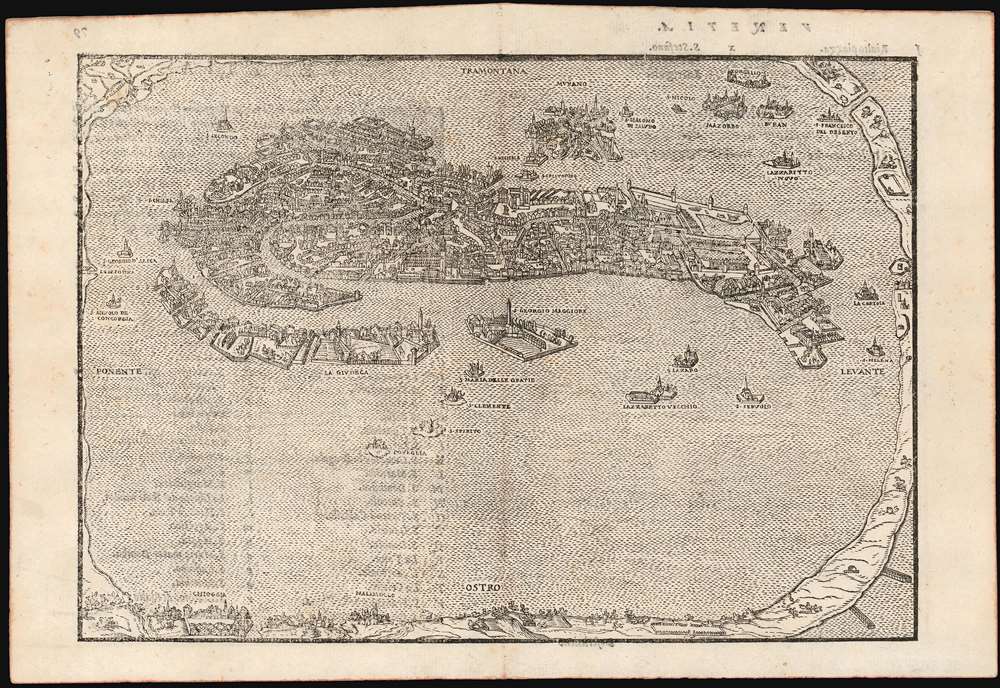 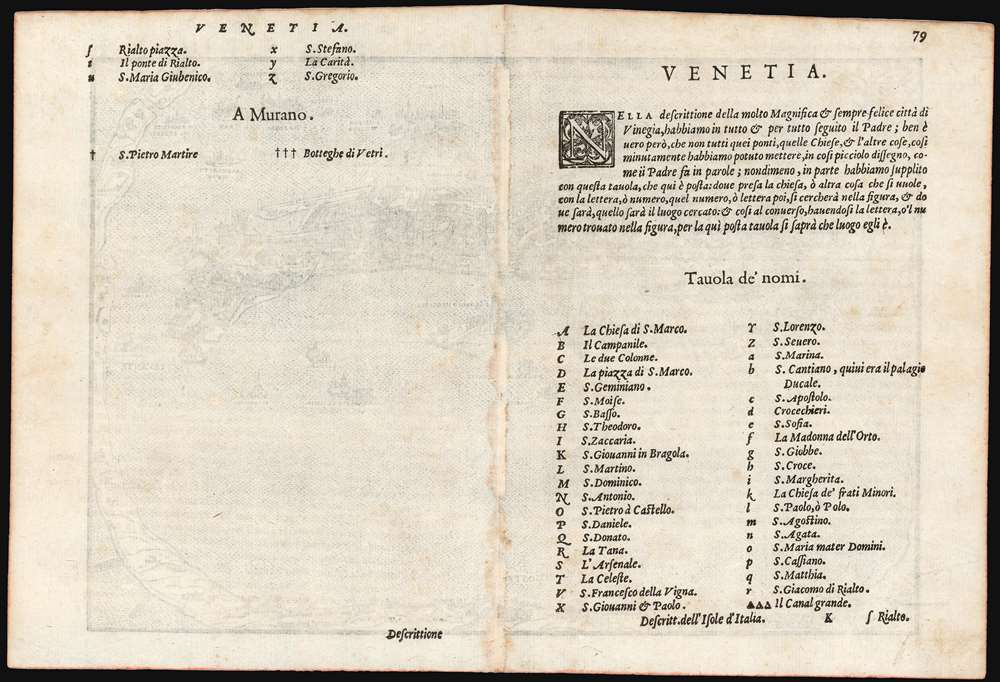 This is one of the earliest acquirable copper-engraved views of Venice, engraved in that city in 1567. It shows the island-city, with the islands of the Venetian Lagoon set around it. The principal islands are named on the map, whilst key structures, such as the Church of St. Mark, and St. Mark's Square, are identified with a letter key (printed on the verso.) From as early as 1500, artists depicting Venice seem to have been struck by Venice's unique topography, and to have been inspired to produce panoramas or bird's-eye views rather than simple plans. Moretto describes this 'small and modest' view of Venice as derived from the works of Münster and Forlani, and the connection to Forlani appears to be clear in the positioning of the surrounding islands, but Forlani's cartography seems to derive from Matteo Pagano's 1559 woodcut. Münster's work lacks several islands appearing on later views, such as the Lazzaretto Vecchio.

This engraving appeared first in the 1567 edition of Leandro Alberti's 'Descrittione di tutta Italia' which had previously not contained maps. The engraver is not known, but this edition was published by Ludovico Avanzi. The view appeared in some but not all editions of the book. The present example conforms typographically with the 1588 edition of the book, printed by Venice typesetter Altobello Salicato. Various editions of the book are well represented in institutional collections.

Ludovico Avanzi (fl. 1556 - 1576) was an Italian printer and bookseller active in Venice during the third quarter of the sixteenth century. Nothing is known for his early years; his historical record consists of the appearances of his name on his works, and those executed in collaboration with other Venetian printers. His name appears on at least twenty nine printed editions from the 1550s to the early 1570s. He was most active between 1560 and 1566. It is probable that Avanzi died in the plague that wracked the city in the middle of the 1570s, and which appears to have hit that city's printing community disproportionately hard. No work of his has survived bearing his imprint after 1576. Learn More...


Altobello Salicato (c. 1545 - 1609 ) was an Italian printer and bookseller active in Venice. He was active as a printer from 1569 to 1607. His output was dominated by legal texts, though he did also publish historical works such as Leandro Alberti's history of Italy. Learn More...