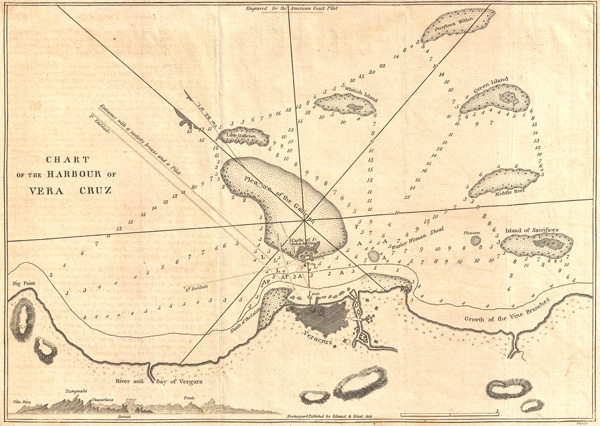 A fine 1809 nautical chart of the Harbor of Veracruz, Mexico by the American nautical chart publisher Eli Blunt. This map identifies the Reef of the Gallician, Island of Sacrifices, Green Island, Whitish Island, river and bay of Vergara, along with the fort of San Juan de Ulua and the city of Veracruz. Includes some depth soundings and relief shown by hachures. Issued in the 1809 edition of Blunt's American Coast Pilot.

Very Good. Original fold lines. Text on verso. Else clean.
Looking for a high-resolution scan of this?