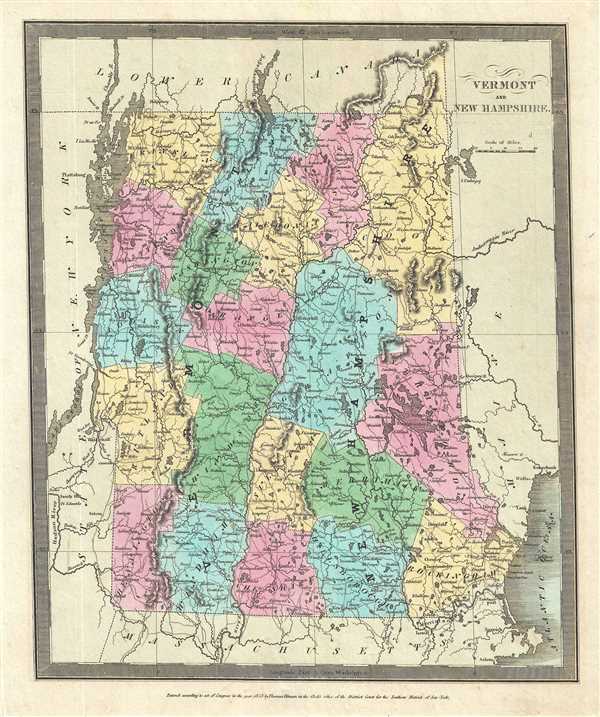 This attractive first edition map of Vermont and New Hampshire was issued by David H. Burr in 1835. It covers the two states in detail, noting lakes, cities, towns, river and other important topographical features with elevation rendered by hachure. Offers color-coding at the county level. Killington Peak, now a popular ski resort, is identified.