1856 Ranney Educational and Decorative Map of Vermont and New Hampshire 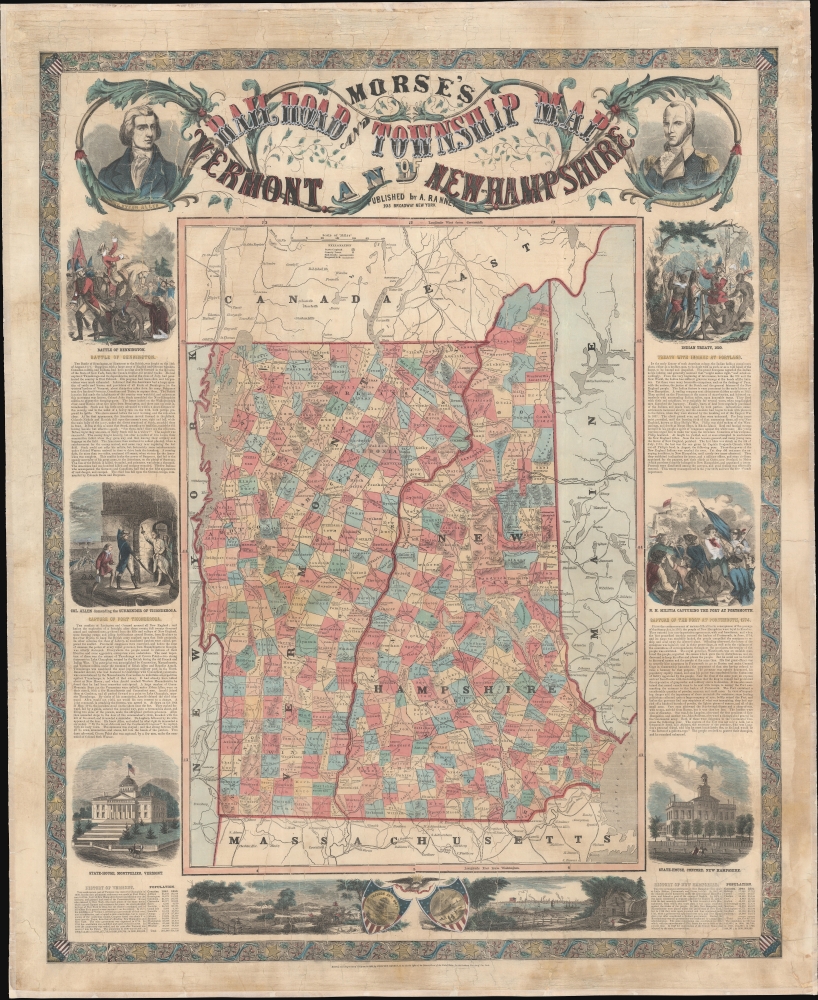 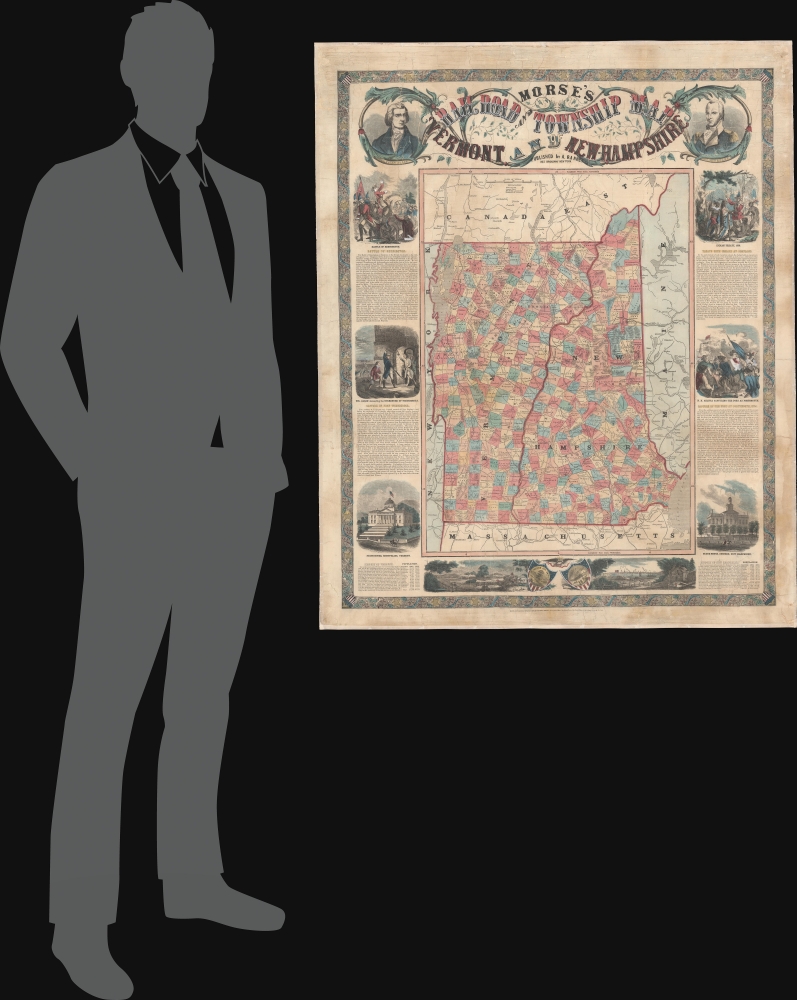 1856 Ranney Educational and Decorative Map of Vermont and New Hampshire

Contributions of Vermont and New Hampshire to American Independence.
$2,500.00

This is a decorative and educational 1856 Adolphus Ranney broadside wall map of Vermont and New Hampshire celebrating those states' contributions to United States history.

The map is more conceptual than practical, with detail focused on county lines and railroads. It celebrates both states and their significant contributions to the American Revolutionary War (1775 - 1783), as well as other historical events. A series of vignettes and portraits surrounding the map illustrates state capitols, historical figures, and major events, such as the Portland Indian Treaty, the New Hampshire Militia capturing Portsmouth, Colonel (Ethan) Allen demanding the surrender of Fort Ticonderoga, and the decisive Battle of Bennington.

This map was published by Adolphus Ranney in 1856. The engraving was done partially or in full by Lossing-Barrit, who signed two of the vignettes. Scarce, we note but one previous example on the private market. A map of the same title from the same authors appears in OCLC, but on closer research, lacks the marginal vignettes. No other cataloged examples.

Adolphus Ranney (May 15, 1824 - April 16, 1874), known as the 'Gift Book Man' was an American educational bookseller and publisher active in New York in the mid-19th century. He published books, maps, broadsides, and letter sheets. Ranney was born in New York City and spend most of his life there. The bulk of his work dates from 1854 to 1858. In the 1860 he went to prison convicted of 'Gross Fraud' related to an employment scandal. Learn More...


Sidney Edwards Morse (February 7, 1794 - December 24, 1871) was an American geographer, journalist, and inventor. Born in Charlestown, Massachusetts, Morse was the son of the geographer and clergyman Jedidiah Morse (August 23, 1761 - June 9, 1826) and his wife Elizabeth Ann Finley Breese. Morse graduated from Yale in 1811, and also studied theology at Andover Seminary, as well as law at the school in Litchfield, Connecticut. Morse moved to New York City in 1823, where he founded the New York Observer with his brother Richard Cary Morse (1795 - 1868). Together with Henry A. Munson he developed cerography, a printmaking technique using a layer of wax over a metal substrate. Morse used this technique to illustrate his geographical textbooks, including the The Cerographic Atlas of the United States, which he co-published with Samuel Breese. Morse devoted his last few years to experimenting with an invention, called a bathyometer, created to aid in the rapid exploration of the ocean. His invention was exhibited in Paris during the 1869 World's Fair and the following year in New York City. Learn More...