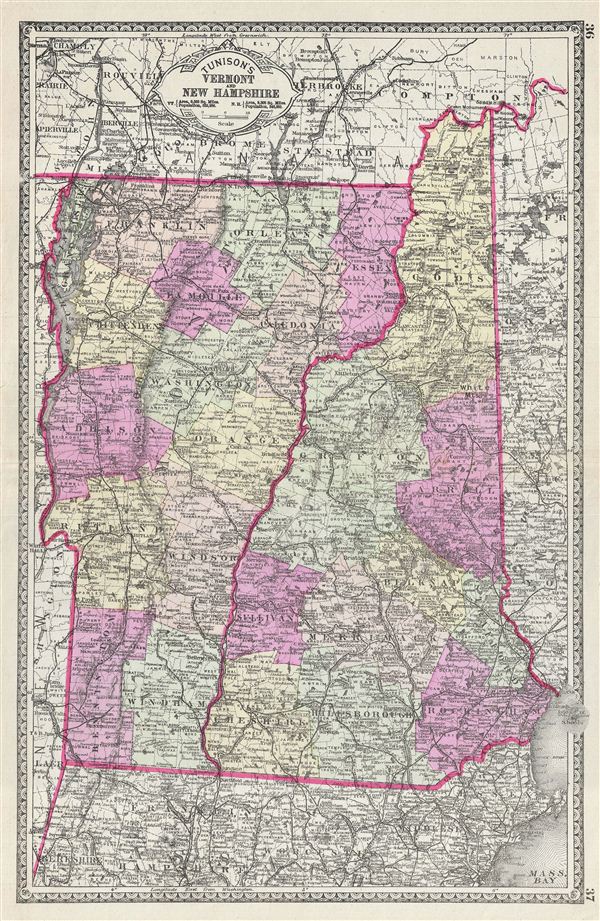 This is a beautiful example of the 1887 Tunison map of Vermont and New Hampshire. Centered on the Connecticut River, which forms the border between New Hampshire and Vermont, this map covers both states as well as adjacent parts of Massachusetts, Maine, New York and Canada. Killington Peak and Camel's Hump, popular ski resorts in Vermont are identified – are Mt. Monadnock and Mt. Washington in New Hampshire. The map is highly detailed with color coding at county level. Various towns, cities, rivers, roads, and various other topographical details are noted. Published as plate nos. 36 and 37 in Tunison's Peerless Universal Atlas.

Very good. Map of Maine on verso along with profiles of first twelve presidents.
Looking for a high-resolution scan of this?