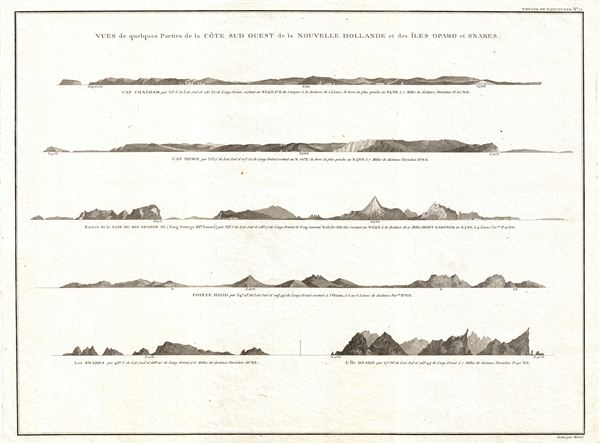 The first published coastal views of parts of Australia and New Zealand.