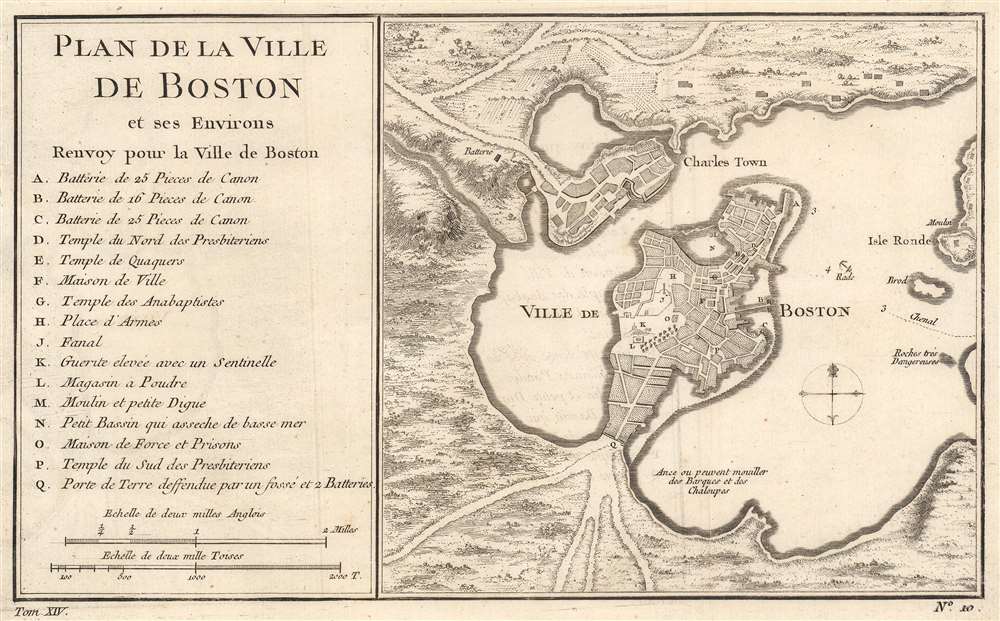 This is a striking 1757 Jacques-Nicolas Bellin map of Boston, Massachusetts. Coverage embraces the Shawmut Peninsula of Boston with nearby Charestown across the harbor. The isle ronde is situated along the right side with a windmill (moulin) labeled. An artillery battery protects the road into Charles Town. Sixteen locations around Boston are marked alphabetically and correspond with an index to the left. Among the locations notes are churches, three artillery batteries, and the powder magazine. Just three depth soundings are noted in Boston Harbor.

This map was published as plate no. 10 in volume XIV of Abbé Prévost's Histoire Générale des Voyages…. Bellin would later issue a very similar version of this map in his 1764 Petit Atlas Maritime. We note two cataloged examples of the 1757 edition of this map: Leventhal Map Center at the Boston Public Library and Boston Athenaeum. Appears occasionally on the market.