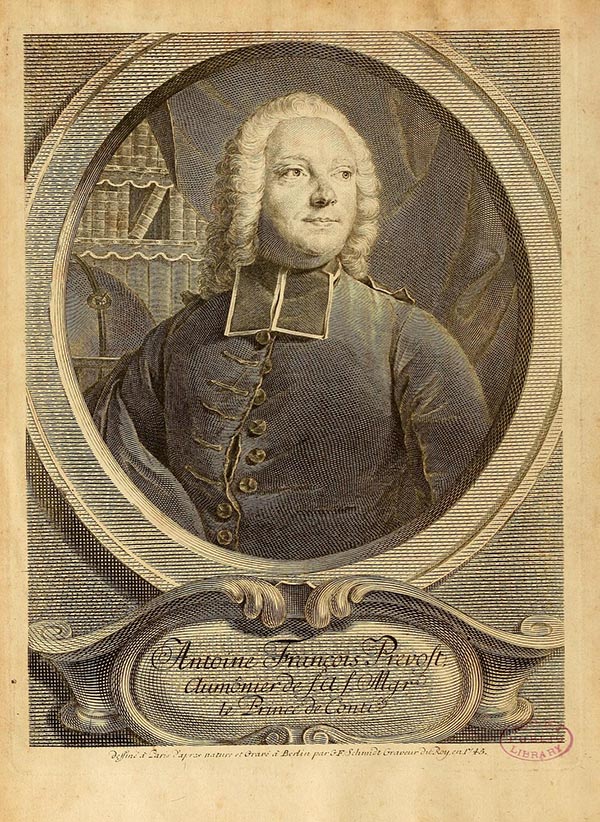 Antoine François Prévost d'Exiles (April 1, 1697 – November 25, 1763), usually known the Abbé Prévost, was a French author and novelist. Having had difficulty in his youth determining a preference for life in the military or life among the Jesuits, he eventually wound up with the Benedictines, with whom he took vows. Despite his taking the vows, the vows evidently did not take with him: in 1728 he abandoned his abbey and fled to London. Naturally, he became a writer. In this he was prolific, both producing his own work and translations of others. Beginning in 1726, he published the first volume of his Histoire générale des voyages, which he worked on for the remained of his life and which was completed by his associates after his death, stretching to 25 volumes.